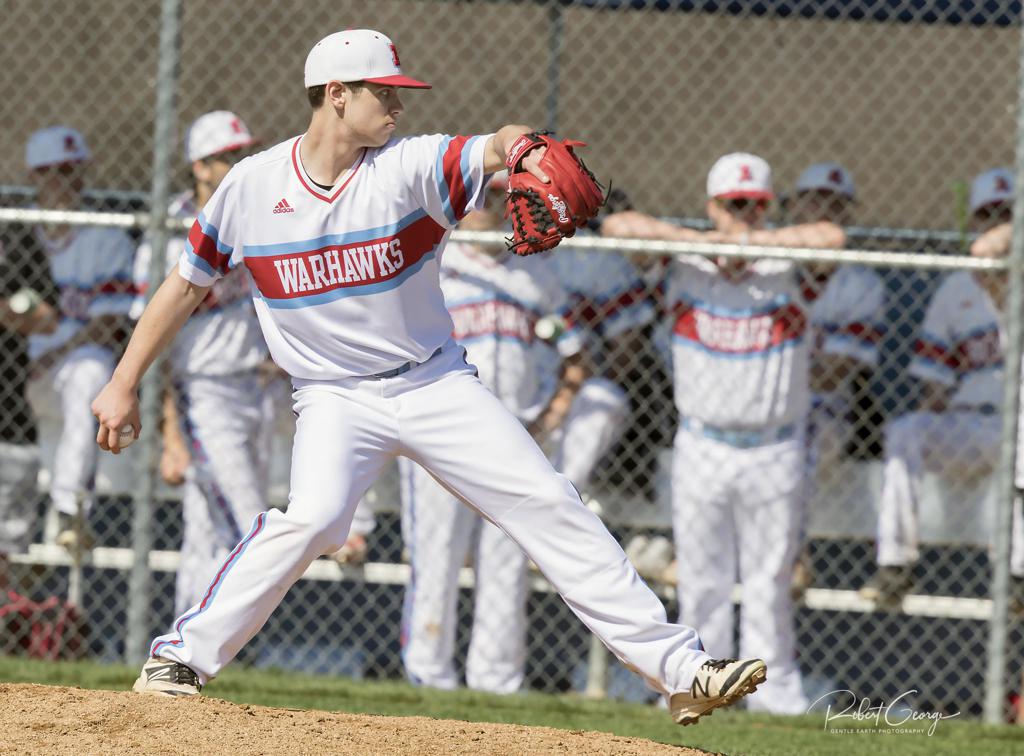 The Crusaders started the week off by picking up some nice wins over Martin Luther and University School, teams that look like some of the better squads in Division 2. On Saturday though, Memorial was swept by No. 1 Arrowhead in a big Classic 8 Conference doubleheader. That set them back a bit in the conference standings, but there’s still plenty of time to make up ground. The 9-3 Crusaders face Slinger twice this week, in addition to games against Milwaukee Reagan and St. Thomas More.

The Red Robins ran their record to 11-1 with a 4-0 week. They beat Tomahawk, Lakeland (twice) and Wausau East, scoring 49 runs in those four games. They’ve allowed more than four runs in a game just twice this spring. They’ve got a busy week ahead, with doubleheaders against Northland Pines and Medford to go along with a tournament in Marshfield (featuring the hosts, D.C. Everest and Holmen) and a matchup with Mosinee.

The Raccoons dropped two important Classic Eight Conference games against No. 1 Arrowhead early in the week, but responded by sweeping Milwaukee Lutheran in two games on Saturday. They’re 8-3 this season, with their only other loss coming against Burlington (an honorable mention this week). They have another tough week ahead of them, with matchups against the likes of No. 4 Sun Prairie and No. 6 Waterford.

The Cardinals had a 3-1 week, defeating Madison Memorial and Janesville Parker before splitting two games with Madison West. They sit at 10-5 now, with two top five wins under their belt (they beat No. 2 Janesville Craig and No. 4 Sun Prairie earlier in the season). They have two games against Madison La Follette scheduled this week before squaring off with No. 1 Arrowhead on Friday.

The Hornets went 2-1 last week and are 6-3 on the season. They dropped their first game of the week against De Pere, but recovered with wins over Pulaski and Manitowoc Lincoln later in the week. Since losing their season opener to Oshkosh West 4-0, Preble has not allowed more than two runs in a game. The Hornets face Sheboygan South, Bonduel, Green Bay Southwest, Green Bay East/West and Seymour this week.

The Papermakers lost their first two games of the week, falling against Oshkosh West and Neenah. They bounced back with two wins over Appleton North on Saturday to push their record to 8-4 this season. Kimberly has now dropped three of its last six games, but will try to rebound with games against Oshkosh North, Appleton East, Appleton West and No. 2 Janesville Craig.

The Trojans are 10-1 on the season after going 2-0 last week. They picked up nice wins over Kenosha Indian Trail and Union Grove, who are 7-8 and 9-5, respectively. Their only loss of the year was against No. 4 Sun Prairie in nonconference play. The Trojans have some big matchups this week, highlighted by two games against Kenosha Bradford (honorable mention this week), along with a nonconference contest with Watertown (also an honorable mention).

The Phantoms went 2-2 last week, dropping their record to 11-3 this spring. They went 1-2 in three games against Xavier, but beat Hartford (honorable mention this week) on Saturday. They’ve scored at least five runs in their last three games, and they’ll look to continue that in games against Seymour, Menasha, De Pere and Shawano this week.

The Panthers jump into the top 10 this week boasting a 9-1 record. They went 4-0 last week, and their only loss of the year is against No. 11 Green Bay Preble – a team they split a doubleheader with. SPASH plays a doubleheader against Wausau West on Monday that will have big implications on the Wisconsin Valley Conference title race.

The Wolverines went 2-1 last week, beating Milwaukee Riverside and splitting a two-game series with Westosha Central (honorable mention this week). Waterford is now 11-3 this season, and has a week rife with opportunity ahead of it. They’ve got two games against Southern Lakes Conference foe Burlington (honorable mention), as well as matchups with No. 13 Oconomowoc and Slinger.

The Huskies were one of the few teams in last week’s top 10 to not lose, so they move up this time around as a result. They’re 8-1 after two blowout wins over Rice Lake, and they have yet to lose to a team from Wisconsin. North has two games apiece against Chippewa Falls (honorable mention this week) and Wausau West this week.

The Cardinals had an interesting week to say the least. They dropped two games in a row to Madison Memorial, a team that’s playing .500 baseball, but recovered with a win over No. 2 Janesville Craig on Saturday. Sun Prairie is 10-3 now, and has another tough week ahead on the schedule. They face No. 13 Oconomowoc on Monday, and host a tournament featuring Burlington and Waunakee (both are honorable mentions in this week’s rankings).

The Panthers went 3-0 last week and have won five games in a row to push their record to 11-3. They beat Elkhorn on Tuesday, and swept Delavan-Darien in a doubleheader on Friday. Illinois State recruit Gunner Peterson is playing at an all-state level this season, hitting .400 with five triples and two home runs already. Their three most-used pitchers – Kyle Gendron, Tanner Peterson and Josh Vankampen – have ERAs of 1.09, 0.81 and 0.89, respectively.  Wilmot faces Westosha Central (honorable mention in this week’s rankings) twice this week, and faces some Illinois competition on Saturday.

The Cougars had a seven-game win streak snapped by No. 4 Sun Prairie on Saturday, bringing their record to 12-2. Prior to that 4-3 loss, Craig had won five of its last six games by eight runs or more. They’re still right in the hunt for the Big Eight Conference title, with Sun Prairie and No. 12 Middleton shaping up to be the other main contenders. They have games against Madison East, Madison Memorial and No. 10 Kimberly this week.

Nobody had a better week than the Warhawks, who went 5-0 and picked up four wins over ranked teams. They started things off by beating No. 13 Oconomowoc on Monday and Tuesday, and topped Slinger on Wednesday. They capped off the week with a doubleheader sweep of No. 15 Catholic Memorial on Saturday. Arrowhead now sits at 10-2 this season, with their only losses coming at the hands of No. 3 Wilmot and Hartford, an honorable mention in this week’s rankings. The Warhawks have six games scheduled this week, highlighted by matchups with No. 12 Middleton and Jefferson (honorable mention).