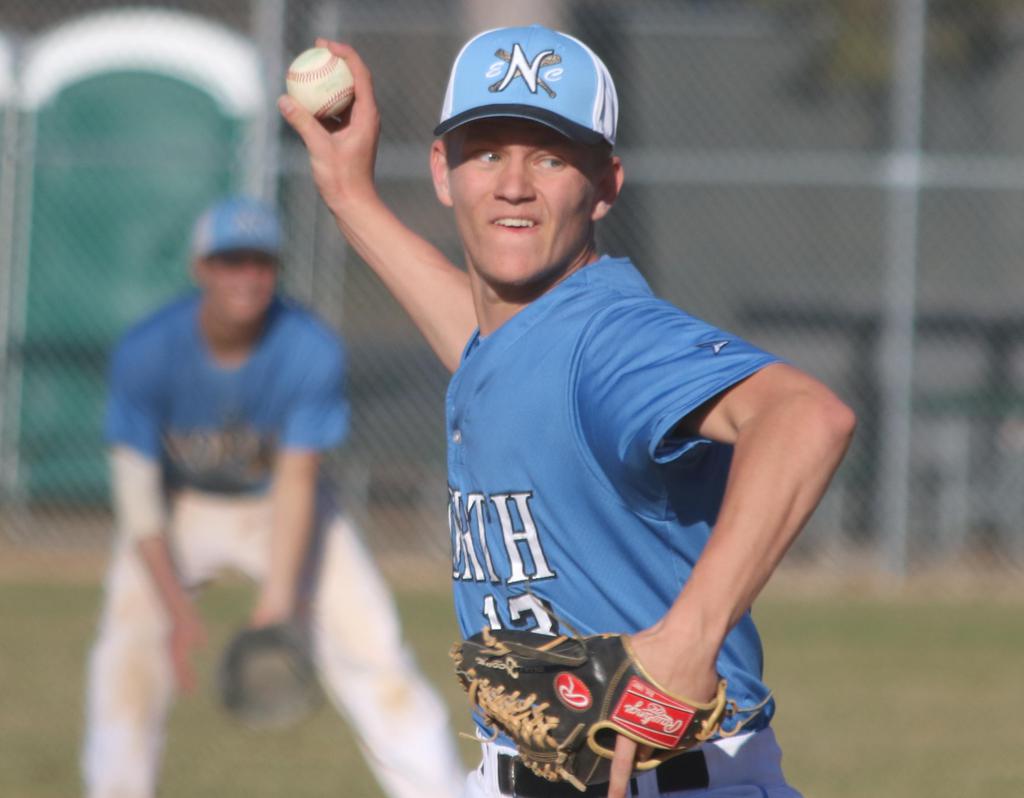 The Red Robins have had to venture south in the state to play some of their games this spring, but they have a 7-1 record to show for it. They’ve won four in a row and have held their opponents to three runs or fewer in all but one of their games this season. They’re scheduled to face Tomahak, Lakeland and Wausau East this week.

The Crusaders opened the season with an 8-1 win over Dominican in late March, and are 7-1 at this point in the spring. They’ve scored double digit runs in four of their wins this year, including their loss against Hartford last week. They are scheduled to face Martin Luther and University School this week before squaring off with No. 5 Arrowhead in a Saturday doubleheader.

The Raccoons are 6-1 this season and have won four games in a row. Their only loss of the year was against Burlington, an honorable mention in this week’s rankings. Of their six wins, all but one have been by five runs or more. They’ll face their toughest test of the season to date this week with two games against No. 5 Arrowhead.

No team in the state has more impressive wins than Middleton. The Cardinals have beaten No. 1 Janesville Craig and No. 2 Sun Prairie already this spring. They’ve been inconsistent though, and they sit with a 7-4 record after dropping two of their last three games. They’ll have a chance to get back on track with games against Madison Memorial, Janesville Parker and Madison West this week.

The Hornets, who have made two straight trips to the Division 1 state tournament, are 4-2 this spring after going 3-1 last week. They lost to Oshkosh West (an honorable mention in this week’s rankings) to open the season and split a doubleheader with Stevens Point (also an honorable mention) on Saturday. Sophomore Ryan Stefiuk, a Vanderbilt recruit, threw the second no-hitter of his career when Preble beat Manitowoc Lincoln 9-0 on April 12. The Hornets face De Pere, Pulaski and Manitowoc this week.

The Trojans started the season 8-0 before losing to No. 2 Sun Prairie 15-1 on Saturday. Eddie Makar is off to a torrid start to the year with a .609 batting average, 13 RBIs and six stolen bases. Two games against conference rival Kenosha Indian Trail (an honorable mention in this week’s rankings) are on the schedule this week, along with a contest with a solid Union Grove team.

The Huskies have won two straight sectional titles in Division 1 and are 6-1 to start this season. They won their first six games before seeing a late rally fall short against Stillwater, Minnesota, on Saturday for their first loss. North has scored at least six runs in all but one of its seven games, and the Huskies have scored in double figures three times. They’re scheduled to face Rice Lake twice this week.

The Old Abes played their first game of the season on Tuesday, and are 4-1 at this point. They swept La Crosse Central in a doubleheader on Saturday and beat Holmen, but split a doubleheader with Chippewa Falls. As expected, the Old Abes’ strength has been pitching. Only Holmen has been able to score more than two runs against them this year. Memorial faces River Falls and New Richmond this week.

The Phantoms won their first nine games of the season before finally losing to Green Bay Southwest on Friday to drop their record to 9-1 entering next week. Their pitching has been great this season, with two shutouts already and seven games in which they held their opponent to three runs or fewer. The Phantoms face Xavier, Menasha and Kaukauna this week.

The Wolverines won all five of their games last week to push their record to 9-2 this spring. That perfect week was started by a 4-3 win over No. 4 Wilmot, tying the season series between the two at one victory apiece. They’ve got two games against a solid Westosha Central team this week, along with matchups with Racine Park and Milwaukee Riverside.

The Warhawks are 5-2 after going 3-1 last week. Their signature win this season came over No. 3 Kimberly two weeks ago, and one of their losses was against No. 4 Wilmot. Arrowhead will be tested against strong teams again this week – two games apiece against No. 13 Oconomowoc and No. 14 Catholic Memorial are on the schedule.

The Panthers have picked up some impressive wins already this season, beating the likes of No. 5 Arrowhead, No. 6 Waterford and Kenosha Indian Trail (an honorable mention in this week’s rankings). They’re 8-3 right now, with losses at the hands of No. 3 Kimberly, No. 6 Waterford and Badger. There are five games on their schedule this week: two against both Elkhorn and Delavan-Darien, and one against Johnsburg, Illinois.

The reigning Division 1 state champs are off to a 6-2 start this spring. The Papermakers were 3-1 last week, and beat No. 4 Wilmot by 10 runs earlier in the season. That win over the Panthers was part of a triangular in which No. 5 Arrowhead defeated Kimberly. The Papermakers have games against Oshkosh West, Appleton North, Neenah and Appleton West this week.

Last year’s Division 1 state runner-up is 8-1 to start the season. The Cardinals went 5-0 last week and have won seven straight contests. Senior Carson Holin has 11 RBIs in the last three games. No. 12 Middleton is the only team that has been able to take down Sun Prairie so far this spring. The Cardinals face Madison East and Madison Memorial this week before squaring off with No. 1 Janesville Craig in a game with heavy Big Eight Conference title race implications.

The Cougars take the No. 1 spot in the first rankings of the season with a 10-1 record. They’ve won five games in a row, and their only loss of the spring was against No. 12 Middleton. Craig has a tough week ahead, starting off with a game against Waunakee (an honorable mention) on Monday. After two games against Beloit Memorial on Tuesday and Thursday, the Cougars close the week with a pivotal Big Eight Conference matchup with No. 2 Sun Prairie.