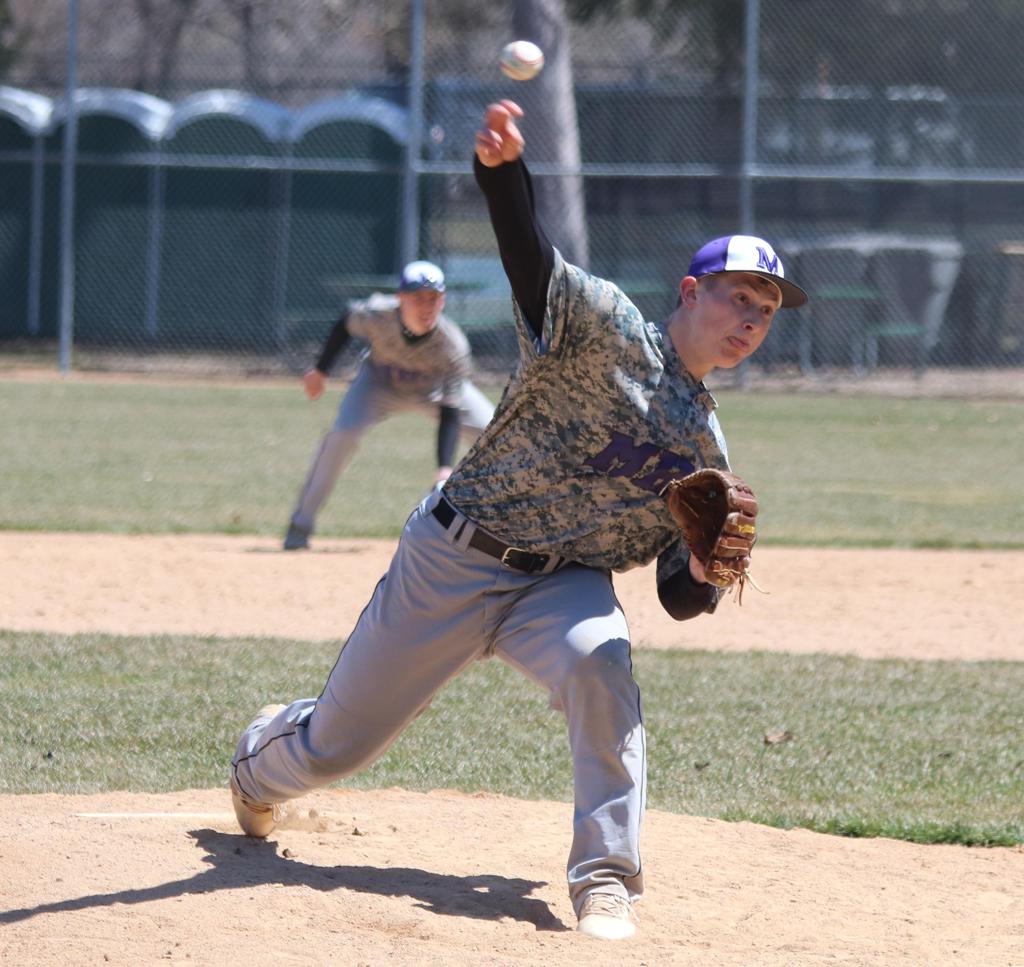 The Old Abes (4-1) got strong performances on the mound in both games to earn the sweep. Cooper Kapanke and Vincent Trapani teamed up to shut down the Red Raiders in game one, while Connor Stoik and Jack Piper did the same in game two.

Central (2-7) gave the Old Abes a battle in the first game. The Red Raiders took a 1-0 lead in the top of the first inning on an RBI single by Hunter Elsen, but Piper tied the game with a fielder's choice groundout to score a run in the second.

Memorial broke through with the winning run in the fifth inning when Keagan Calchera hit a sacrifice fly to score Tanner Kohlhepp, who led off the inning with a triple.

The Red Raiders got the tying run in scoring position in the seventh, but freshman Trapani stranded it there with a strikeout to earn the save.

Kapanke and Central pitcher Zach Lueth kept the offense to a minimum for the most part. Kapanke pitched five innings and allowed just one unearned run while striking out six to get the win. Lueth took a tough-luck loss after throwing six innings and surrendering one earned run.

In game two, Memorial got on the board with a run in the second inning and Calchera padded it with a two RBI double in the third inning. The Old Abes scored three more runs on an error in the fourth to push the lead to 6-0.

Calchera hit another two RBI double in the sixth inning and Grant Gerber knocked in a run with an RBI single.

The Memorial offense gave more than enough run support to Stoik, who pitched six innings of two-hit baseball to keep the Red Raiders scoreless. He struck out four.

Kohlhepp was 2-for-3 in game one and 1-for-4 in game two. Calchera finished a perfect 3-for-3 in game two, and Gerber and Kas Palzkill both added two hits for the Old Abes. Central's Trevon Van Egtern went 1-for-4 with a run scored in game one, and Zach Fellenz was 1-for-2 in game two for Central.

The Red Raiders face Tomah on Monday, while Memorial is scheduled to travel to River Falls on Tuesday.