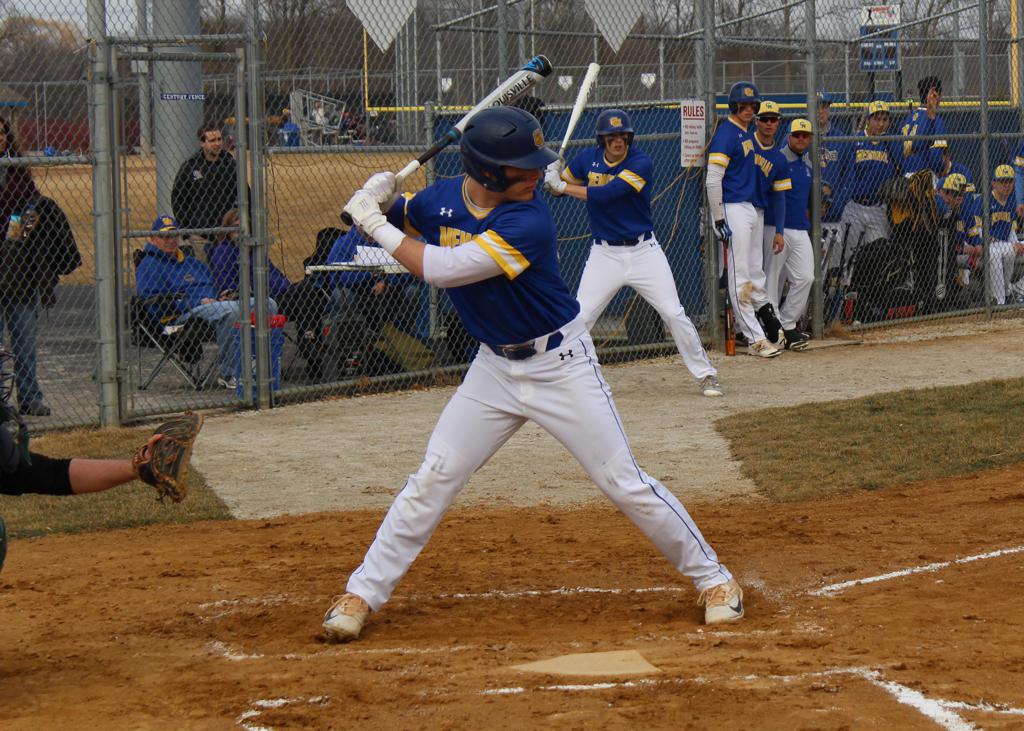 WAUKESHA, Wis. - It took a while, but in the end the Catholic Memorial Crusaders got an opening day win, defeating the Whitefish Bay Dominican Knights 8-1 Wednesday.  The Crusaders and the Knights went seven innings in a two hour, 45 minute game at Infinity Field.

The Crusaders and the Knights combined for a total of 93 bases in the matchup.  The longer innings stretched the Crusader’s pitching staff, with head coach Tim Gotzler going with three pitchers over the course of the game.

“We want to watch the pitch count,” said Gotzler.  “We want to progress into spring. What we don’t want is throwing a hundred pitches in our opener.  We want to ease into the season and as the weather warms up, stretch the guys up a little bit more.”

The Crusaders scored four runs in the bottom of the first, starting when sophomore Matt Klement walked and then advanced to second on an errant throw to first.  Klement then advanced to third when Jake Kaiser grounded out to short. Jake Koscinski reached first on a walk, when another errant throw to first allowed let Klement reach home to give Catholic Memorial the lead.

After Rich Byhre walked and Chris Byhre was hit by a pitch, sophomore Luke Fox sent a shot to right for a single, scoring Koscinski and Rich Byhre, and advancing Chris Byhre’s courtesy runner Riley Cassadsa to third.  Fox then stole second, and when Dominican catcher John Hudak attempted to pick him off, Cassadsa scored from third, making the score 4-0.

“We got four runs with two outs, which gave us a cushion,” said Gotzler

The Crusaders' bats caught fire in the bottom of the second, with a leadoff double to the right-center warning track by Nate Brown.  Brown came home when Alex Cyskiewicz sent a line drive to center. Cyskiewicz would score himself on a RBI sacrifice fly by Koscinski.  The inning was capped off with an RBI triple by Rich Byhre, making the score 7-0 after two innings.

Dominican got its only run in the top of the fourth inning.  Ben Jelacic sent a sacrifice fly to right field to plate Michael Vecitis.

The Crusader defense frustrated the Knights, who left 17 runners on base.

“Everytime the momentum would swing, we got it back,” said Gotzler.  “I’m really proud of the way the boys played today.”

Catholic Memorial put Ryan Metiva on the mound for the final two innings.  The junior struck out four batters to close out the contest.

Klement was the winning pitcher, tossing three innings and allowing one run.

Vecitis and Sean Dlugoplski both led Dominican with two hits apiece. Brown finished with a pair of hits for Catholic Memorial.

The Crusaders will play their next three games at home, next hosting Heritage Christian on Thursday.