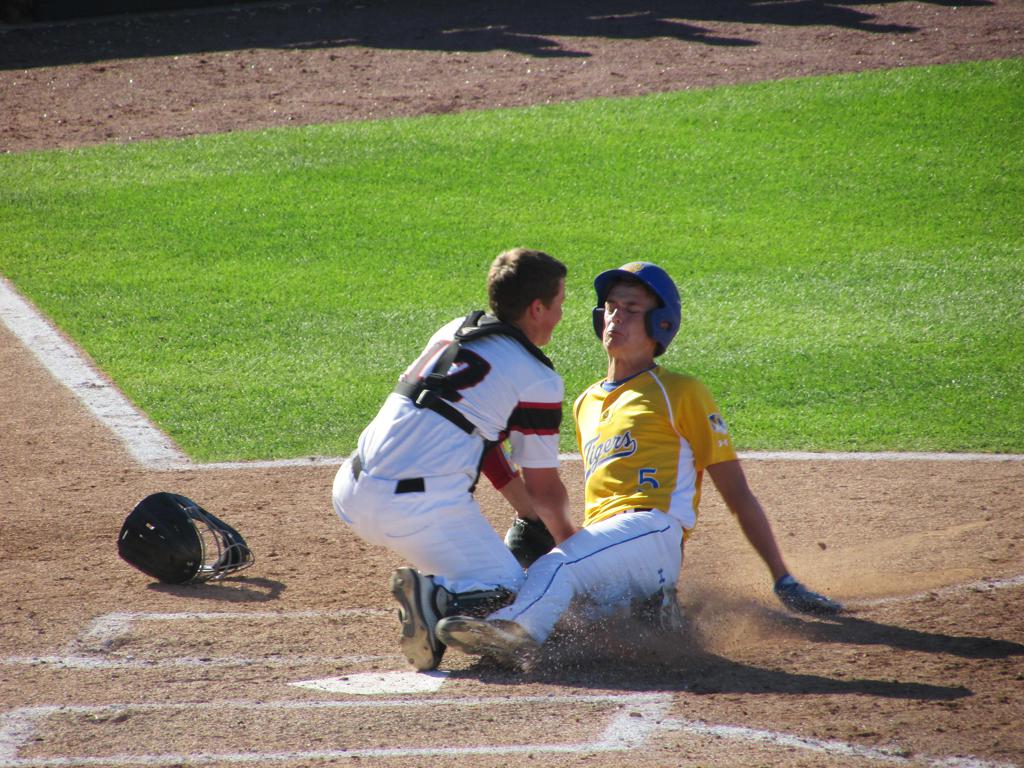 A Howards Grove baserunner slides into home plate while a Pewaukee catcher applies a tag in a WIAA summer baseball game in 2016 in Grand Chute.

The WIAA announced Friday that it will no longer sponsor a summer baseball season after this year.

The Board of Control voted to end the season according to the WIAA's Twitter account, meaning the organization will only sponsor a spring high school baseball season moving forward. Wisconsin is the only state that currently has two separate seasons for high school baseball.

Numerous schools had announced plans in the past few months to switch from the summer to the spring in 2019, including perennial summer powers like Oak Creek and Greendale.

One of the biggest issues plaguing summer baseball in recent years was the lack of participation from some of the best players at their respective schools. Players elected to play for travel teams in the summer instead of their school teams. They would then return to play high school baseball in their senior season after they had committed to play at the college level.

That was not the case at all schools though. Defending champion West Bend West had several NCAA Division 1 recruits on its roster last year. The Warriors went undefeated on their way to the title. Oak Creek also had a history of keeping its best players in a Knight uniform.

Other issues voiced about the summer season included less practice time with a particularly heavy schedule of games in the summer, which led to having little time for practice.

"We need more practice time to develop our players. Our coaching staff felt we have become game managers," Greendale coach Brian Johnsen said after the team announced it was switching to the spring season.

There was also a lack of interest in playing at the JV and freshman levels.

"We were moving younger players up when they weren’t ready due to declining competition at the lower levels,” Johnsen said.

There are 50 schools set to participate in the final season this summer, primarily from the greater Milwaukee area.