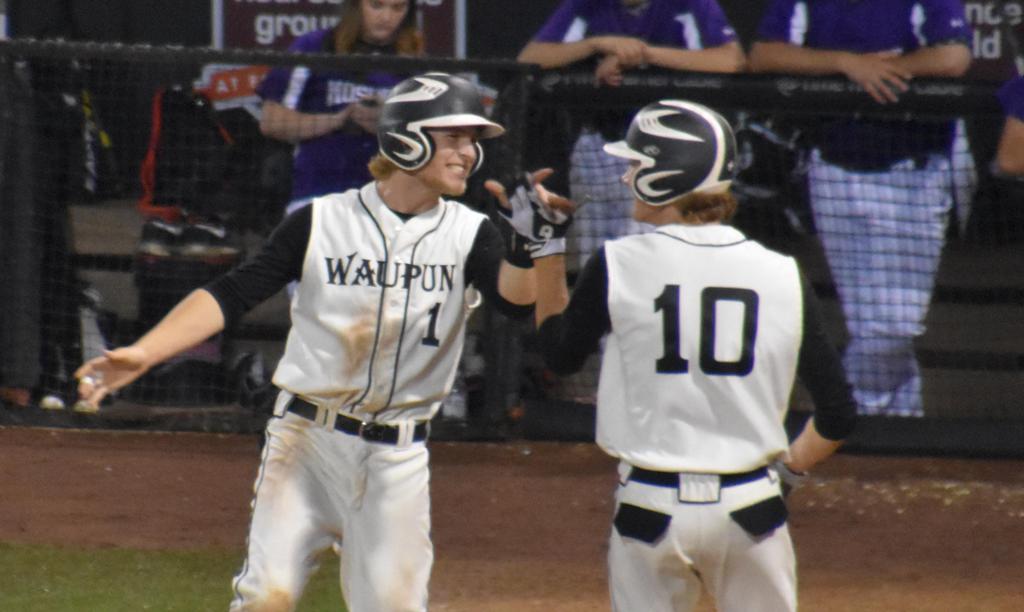 Opening day of the 2018 WIAA spring baseball season is on March 27. Hundreds of teams will compete for a state championship, but only four will be crowned champions in June. Which teams look like they'll have the best chance at hoisting the gold trophy at the end of the season? Here are our preseason rankings for Division 2.

Ellsworth – Six starters return for the Panthers from a team that won 15 games last season.

Mosinee – The Indians reached the state semifinals last spring and have half their lineup and two of their top four pitchers returning.

Jefferson – The Eagles lost some great players to graduation, but also have some great ones coming back—look no further than reigning Rock Valley North Player of the Year Ian Drays. They went 20-7 last season and could reach 20 wins again this year.

Lake Mills – The L-Cats have two-thirds of their lineup back from a 16-win season to go along with ace Brennan Dolwick, who’s committed to Cincinnati.

The Clippers were 15-5 last season and won the Packerland Conference with a young squad. They fell in a close game in the regional finals against Luxemburg-Casco. They’ll have a chance to build on that success this year with most of their starters returning. In total they have seven starters back, and most of them received all-conference honors last spring. First team All-Packerland infielder Jaeger Brusky (.317 average, 19 RBIs) and first team outfielder Anthony Moore (.344, 10 RBIs, 11 stolen bases) return, along with second team outfielder Ryan Jacobson (.338, 15 RBIs, 16 stolen bases). Catcher Tanner DeGrave (.261), a Wisconsin Lutheran College commit, and utility man Trent Ehlers (.389) both were honorable mention all-conference picks.

Second team all-conference pitcher Jared Van Bramer (6-2, 3.39 ERA) returns to the mound, and Ehlers (2-0) has shown he has the potential to dominate when he’s in the zone. The Clippers will need to replace Packerland Player of the Year Jeffrey Alberts, who was the team’s ace and No. 3 hitter a year ago, but another conference title is well within reach.

The Wildcats won the Midwest Classic Conference last spring and posted a 17-4 record. Most of their lineup returns this season, led by the likes of Payton Van Den Heuvel (.365 average, eight extra-base hits) and David Mock (.333, six extra-base hits). Their seven returning starters are good across the board, as they all hit over .280 last year. Keegan Kubicki (.317, seven doubles), Tripp Grebe (.370) and Will Kennedy (.368) are some of the Wildcats’ other top hitters.

Offense shouldn’t be a problem for University School, but they’ll need to find some pitching if they want to get another conference title. Van Den Heuvel was 3-1 last year, but the Wildcats lost their top two pitchers to graduation. They’ll need to replace that production in one form or another.

The Cardinals only lost one game entering the playoffs last year, but were upset by Lake Mills in their postseason opener. Six starters are back from that 18-2 team, as well as about half of the pitching staff.  Second team All-Wisconsin pitcher Randon Dauman was 7-0 with a 0.85 ERA and an average of 1.7 strikeouts per inning in 41.1 innings pitched a year ago. Connor Manthey was 2-0 with a 1.15 ERA in 18.1 innings, and Joey Kalafut went 2-0 and posted a 1.90 ERA in 11 innings.

Manthey, a Bradley commit, was an honorable mention All-Wisconsin pick as a catcher last spring after hitting .429 with 14 extra-base hits and 27 RBIs. Dauman batted .431 with nine extra-base hits. Those two will lead the offense, which will need to replace three of its top hitters from last year. That’s easier said than done, but there’s still enough talent on the team to defend its Capitol North Conference title.

The Cardinals were 21-6 last season, falling one game short of the state tournament with a loss to Waupun in the sectional finals. They have over half their lineup back from that team, as well as some of their best pitchers. Third team All-Wisconsin pitcher Jacob Schellpfeffer (an Ellsworth CC commit) was 11-2 last season and posted a 0.92 ERA with 104 strikeouts. Alex Nadolski (3-1, 3.79 ERA) and McLaine Ebner (1-0, 3.15 ERA) also return with a lot of experience on the mound.

Mayville missed out on a conference title last spring due to Winnebago Lutheran Academy’s unbeaten run through the Flyway, but the Cardinals should be in the mix for the title again this season.

Pitching will be a big strength for this team. They’ve got their entire pitching staff back this season. May was the team’s ace last year. He posted an 8-1 record and 1.55 ERA last spring. Heffel (5-1, 3.21 ERA) and Gabe Brandies (3-0, 3.84 ERA) were frequently used last year too.

The Vikings were a game away from the state tournament last season. They lost to Turner in the sectional finals, but have five starters coming back to the field this year. Tyler Denu (.459 average, five doubles), Josh Beier (.420, 11 RBIs), Miles Steinhoff (.339, six doubles, 18 RBIs), Hunter Wickman (.308, two home runs) and Brady Gassman (.265, eight extra-base hits, 15 RBIs) all bring back strong bats to the lineup.

They only have one pitcher back with significant experience, but he’s a good one. Denu was a finalist for our Newcomer of the Year award last season. He went 6-1 with a 1.20 ERA and a perfect game. The Vikings will need some new arms to step up behind the southpaw if they want to contend for a conference title and make a run in the playoffs.

Last spring, Turner made it to the state tournament for the first time since 2001. The Trojans fell to eventual state champion West Salem, but have reasons to be excited for 2018. They have five starters returning, including first team All-Wisconsin outfielder Mitch Seager. The senior hit .521 with 17 extra-base hits and 43 RBIs and was a finalist for our Player of the Year award. Third team All-Wisconsin infielder Hunter Waldsmith (.505 average, 12 extra-base hits, 45 RBIs) is also back, along with Rock Valley Junior College commit Ryan Hughes (.250, 15 RBIs entering sectionals) and Adrian Estrada (.241, 10 RBIs entering sectionals).

Waldsmith and Seager were two of Turner’s top pitchers a year ago. Waldsmith was 8-0 with a 2.11 ERA entering sectionals last season, while Seager was 4-1 with a 2.47 ERA. Cory Walker (14.1 innings, 3.42 ERA) also brings back experience.

The Trojans are the strong favorites to win the Rock Valley South Conference, and they have enough talent left over from last year’s state tournament run to be dangerous again this postseason.

The Spartans should have some tough competition for the Metro Classic Conference title from Racine Lutheran/Prairie. With the wealth of experience they’ve got returning though, they’re the early favorites to win the conference.

The Crusaders were among the top-ranked teams in Division 2 last spring and finished with a 20-5 record after falling in the sectional semifinals to state qualifier Beloit Turner. Memorial brings back a lineup that’s loaded with experience after losing just two everyday players to graduation. Alex Cyskiewicz (.467 average, 11 extra-base hits), Jacob Kaiser (.361, 10 extra-base hits), CJ Goetz (.296, 10 extra-base hits) and Matt Klement (.246, 9 RBIs) are just a few of the bats the Crusaders will have powering their lineup this spring.

Luke Fox figures to be one of Memorial’s go-to guys on the mound. He was 5-0 with a 0.80 ERA as a freshman last year and was a finalist for our Newcomer of the Year award. Goetz pitched 12.1 innings a year ago and posted a 1.14 ERA, but he’s the only other pitcher returning with much experience. If some new arms can plug the holes in the rotation, Catholic Memorial will be perched near the top of Division 2 again.

The Warriors were the state runner-up last spring, and have a ton of talent returning this year. Their greatest strength should be on the mound, where they’ve got their top two pitchers back. Senior Brenden Bille was 10-2 with a 0.78 ERA last year, and came one out away from throwing a no-hitter in the state semifinals against Mosinee. Junior Caden Bronkhorst was 9-3 and posted a 1.40 ERA last year. Waupun will also have several players who had brief stints on the mound returning.

Offensively, the Warriors have six starters back in the mix who will be eager to improve. Sophomore outfielder Baron Bucholz hit .416 as a freshman, and he returns as their top hitter. Caleb Sauer (.378, 26 RBIs), Bryce Burmania (.360, 27 RBIs), Reece Homan (.359, 44 RBIs), Jak Lenz (.315, 18 RBIs) and Bradyn VandeZande (.284) are also back with solid bats. Division 2 should be particularly strong this spring, and Waupun is the early favorite to emerge with the state title in June.