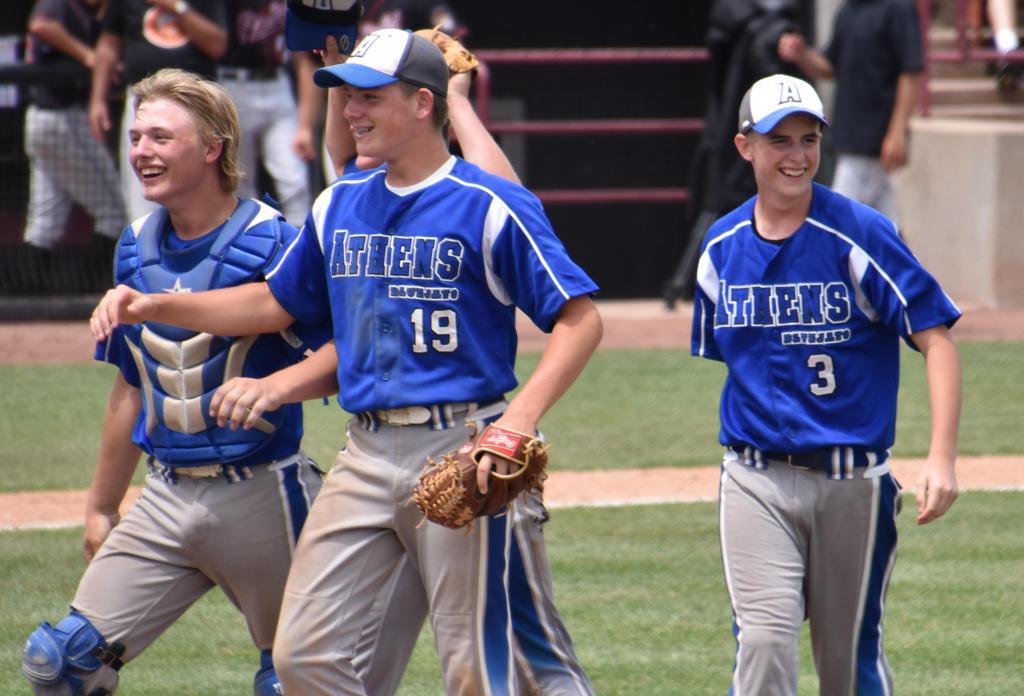 Opening day of the 2018 WIAA spring baseball season is on March 27. Hundreds of teams will compete for a state championship, but only four will be crowned champions in June. Which teams look like they'll have the best chance at hoisting the gold trophy at the end of the season? Here are our preseason rankings for Division 4.

Prairie Farm – The Panthers have most of their roster returning after winning 15 games last season.

Cashton – The Scenic Bluffs Conference co-champs have four all-conference players back in the mix, led by first teamers Noah Flock and Brady Butzler.

Loyal – The Greyhounds narrowly missed out on the East Cloverbelt Conference title last year, and have most of their lineup returning. Four players earned all-conference honors.

Royall – Co-champs of the Scenic Bluffs, the Panthers return with three all-conference players after reaching the sectional semifinals last year.

The Indians won 18 games last year before falling to Pittsville in the regional finals. The East Cloverbelt Conference co-champs have five starters returning this season, led by first team all-conference pick Devin Toburen. He’ll be one of the team’s top hitters and pitchers this season, and Tragen Bogdonovich returns with a lot of pitching experience too.

Greenwood shared the conference title with Neillsville last year, and should battle the Warriors and Loyal for the crown again.

Swanson and Hartwig return with significant pitching experience. Swanson was 6-1 and posted a 3.21 ERA last season, while Hartwig was 1-2 in 22 innings. The Bluejays will need new players to shoulder bigger responsibilities on the mound if they want to defend their conference title.

The Cardinals fell in the regional finals to Riverdale last season, ending the year with a 17-5 record. Six starters and most pitchers return this season as the team looks to improve on last year’s showing. Drew Hennessey was an honorable mention All-Wisconsin selection thanks to his .467 batting average, five home runs and 36 RBIs last year. Mitchell Welsh (.516, 11 extra-base hits, 26 RBIs), Spencer Linscheid (.338, 20 RBIs) and Paden Kosharek (.257) are some of the Cardinals’ other top returning hitters.

The Cardinals came up short to Shullsburg/Benton for the Six Rivers Western Conference title last year, and should battle the Zephyrs for the crown again this spring.

The Lancers were 21-5 and a game away from the state tournament a year ago. Two-thirds of the lineup is back this season, along with two of the team’s best pitchers. Levi Schaller was a finalist for our Pitcher of the Year award last year after going 10-1 with a 0.60 ERA and a state-best tally of 157 strikeouts. Jesse Wilke (3-0, 3.92 ERA) also returns to the mound for the Lancers.

With some quality pitching returning and a lot of experience in the lineup, the Lancers should compete with Independence/Gilmanton and Cochrane-Fountain City for the Dairyland Conference title this season.

The Panthers were 23-5 and lost to eventual state champion Athens in the sectional semifinals last year. Seven starters return to the lineup this year, setting up the team for more success. Brett Peters (.362, 11 RBIs), Ryan Zickert (.333, 16 RBIs), Henry Myers (.281, 15 RBIs) and Dakota Landphier (.260, 18 RBIs) are just a few of the bats that will power the offense.

On the mound, they’ll need to replace Jacob Neve, who was 9-0 last year. Landphier should be the Panthers’ go-to pitcher. He went 8-1 with a 0.99 ERA last spring. Peters (4-1, 3.68 ERA) and Kordel Landphier (0-1, 2.84 ERA) also return with significant experience. Pittsville is primed to reach 20 wins yet again this season.

The team also has two of its three main pitchers back. Huebsch was dominant last spring, going 9-1 with a dazzling 0.44 ERA and 94 strikeouts. Granger was 4-2 with a 2.50 ERA. Another player or two will need to step up to round out the rotation. The Bulldogs appear to be in very good hands though.

The Oaks won 19 games and made their first state tournament appearance since 1996 last spring. They fell in the state semifinals against Athens, but have two of their best pitchers returning along with two-thirds of their lineup. Parker Dietzel (5-1, 1.71 ERA entering sectionals) and Michael Schaefer (6-2, 2.21 ERA entering sectionals) were both steady presences on the mound for Oakfield last season, and Jacob Cedar (2-0, 2.11 ERA) also has some experience under his belt.

The Trailways North Conference champions have a good shot at defending their title this year, and should be tough to beat come playoff time.

The Warriors entered the playoffs with a 24-2 record last season, but lost in the regional finals to Eau Claire Immanuel Lutheran. They’ve got their top three pitchers returning this season, as well as almost their entire lineup. Daymond Bad Horse (8-0, 3.14 ERA), Cal Rosen (5-1, 1.43 ERA) and Austin Anderson (7-1, 1.47 ERA) are all back on the mound after being the Warriors’ go-to trio last spring.

The Warriors went unbeaten in East Lakeland Conference play last season, and doing so again this year wouldn’t be a stretch.

Independence/Gilmanton should be able to win most games by virtue of its strong pitching, and if some new players can step up in the lineup the Indees have a chance to make noise in the playoffs again.

The Bluejays were a no-brainer pick for the No. 1 spot in Division 4. Athens is the defending state champion, and only lost one senior from last year. That means a team that went 21-7 en route to a state title will be in the rare position of having eight starters back in its lineup to complement a pitching staff that returns completely intact. Seth Coker (.443 average, 17 extra-base hits, 31 RBIs), Guyler Luther (.392, 14 RBIs), Marshall Westfall (.370, 15 RBIs), Dakota Willemssen (.370, 23 RBIs) and Connor Westfall (.329, 18 RBIs) are some of the hitters returning to a stacked lineup.

It’s rare for a state champion to return with virtually its entire roster the next year. The Bluejays find themselves in that spot though, and are the early favorites to take the state title home again this June.