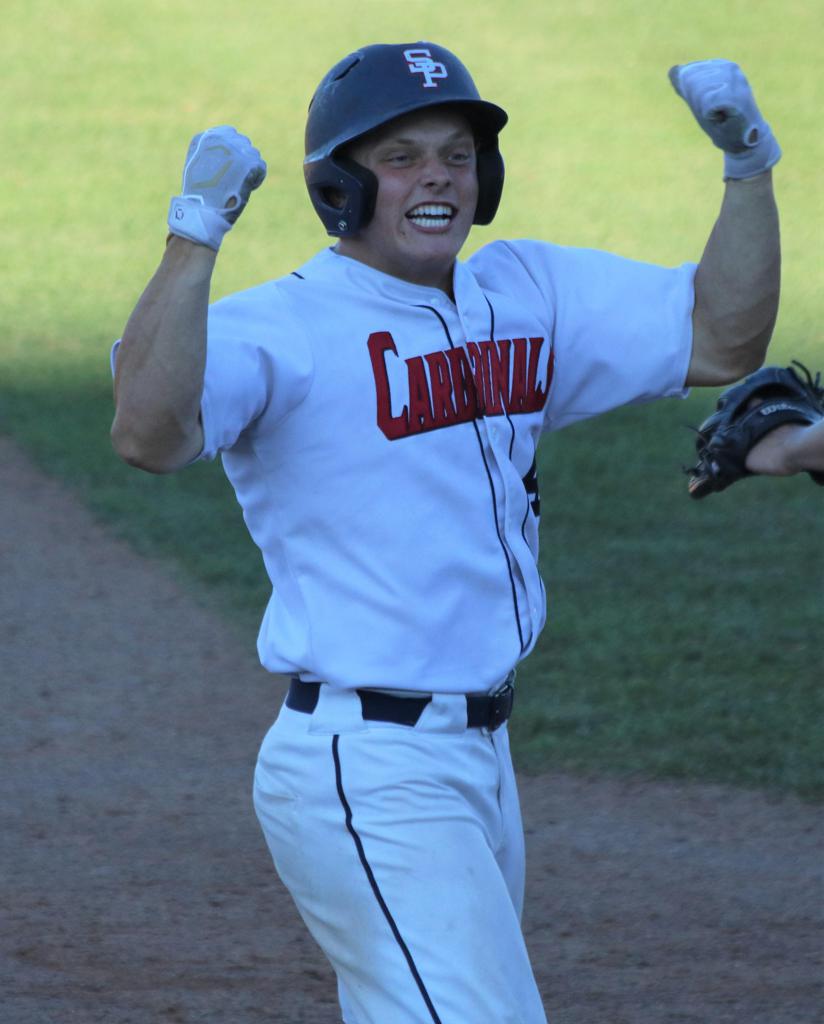 Sun Prairie's Josh Caron reacts after hitting a triple in the Division 1 state championship game on July 1 in Grand Chute.

These are the 10 finalists for 2021 Player of the Year, listed in alphabetical order by last name.

Caron was an unstoppable force for the Division 1 state champion. The Nebraska commit carried a thunderous bat, hitting .429 with 10 doubles, one triple, eight home runs and 52 RBIs. He was a big reason why Sun Prairie won a state title.

Hansen made a living in the gaps for the Pirates, collecting extra-base hit after extra-base hit this spring. The junior batted .520 with 17 doubles, five triples, two homers and 46 RBIs for a state tournament team. He also stole 23 bases.

Kirchberg had a breakout year for a strong Norskies team, serving as the top bat in a deep lineup. The UW-Oshkosh recruit hit .506 and bashed nine home runs. He drove in 40 runs.

McVay did it all for one of the top teams in Division 3, bringing power and speed to the Pointers' lineup. The junior posted a .532 batting average with eight home runs and 28 RBIs. He scored 55 runs and stole 20 bases.

Miller was the state's top pro prospect this spring and the Minnesota Twins took notice, drafting him with the 36th pick in the MLB draft last week. In his final year as a high school player, Miller hit .636 with seven doubles, four triples, five home runs and 20 RBIs.

Nowak set the table for a Phoenix team which reached the Division 1 state semifinals. The East Carolina recruit hit .410 with 11 doubles, six triples, a homer and 19 RBIs. He got on base constantly from the top of the lineup.

Shepard was arguably the top leadoff hitter in the state, getting on base at an absurd rate for the Division 1 champions. The future Ohio Bobcat hit .506 with 12 doubles and 24 RBIs, and was a run-scoring machine.

Tomczak had a record-setting season for the Classic Eight Conference champions. His .594 batting average was the best in program history. The UW-Stevens Point commit hit 14 doubles, three triples, two home runs and drove in 37 runs.

Washburn put up numbers that would be nearly impossible to achieve even in a video game. The South Carolina commit led the state in several statistical categories. He hit .746 with 13 doubles, four triples, nine home runs and 73 RBIs for one of the top teams in Division 4.

Zeidler starred as both a pitcher and hitter for the Division 1 state runner-up. At the plate, the Bradley commit put up impressive numbers. He hit .434 to go along with 12 doubles, one triple, three home runs and 35 RBIs.