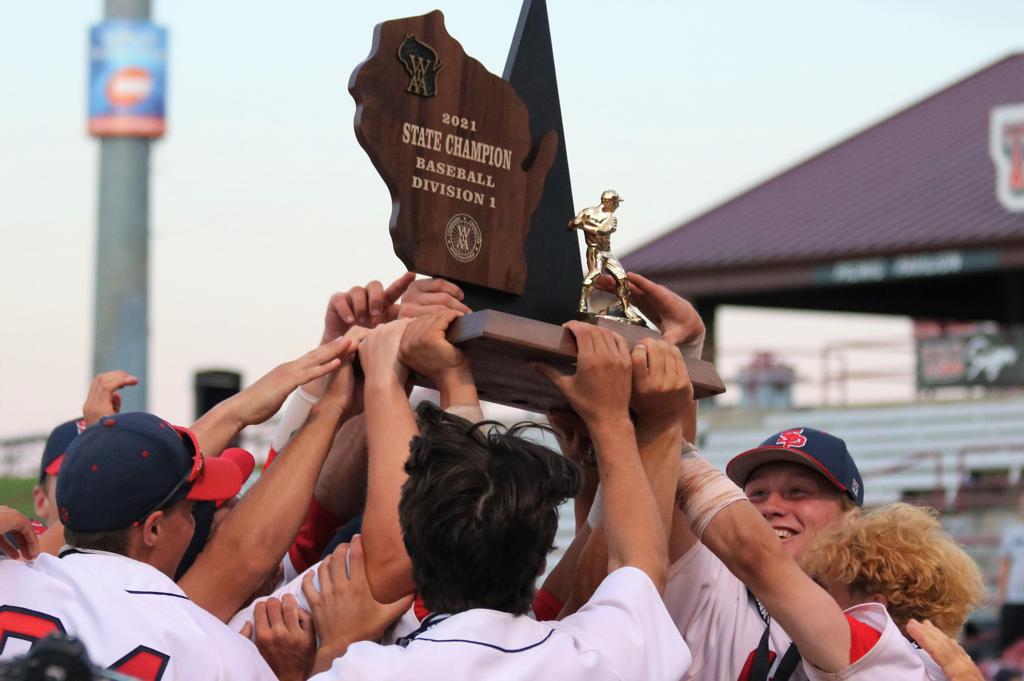 GRAND CHUTE — Ranked No. 1 in the state all season, Sun Prairie was surrounded by high expectations.

On Thursday, the Cardinals proved they were warranted.

Sun Prairie pulled away from Bay Port in the Division 1 state championship, beating the Pirates 11-2 to win the ninth state title in program history.

Locked in a pitchers' duel midway through the championship bout, Sun Prairie broke things open with five runs in the bottom of the fifth. Davis Hamilton put the Cardinals ahead with an RBI single, and Josh Caron added a two-RBI triple to push the lead to three. A couple of bases-loaded walks added insurance.

Sun Prairie scored six more times in the sixth inning, nearly ending the game via the run rule. Hamilton, Durlin Radlund and Carter Wambach all had RBI hits in the frame.

Wambach and Addison Ostrenga had two hits each for Sun Prairie. Caron earned the win with three innings of relief work.

The victory was a bit of redemption for the Cardinals, who fell on a late home run in the 2019 championship game.

Sun Prairie finished the year with a 29-2 record, while Bay Port went 26-2. The silver trophy was the first hardware the Pirates brought home from the state tournament since they finished runner-up in 2012, also to Sun Prairie.