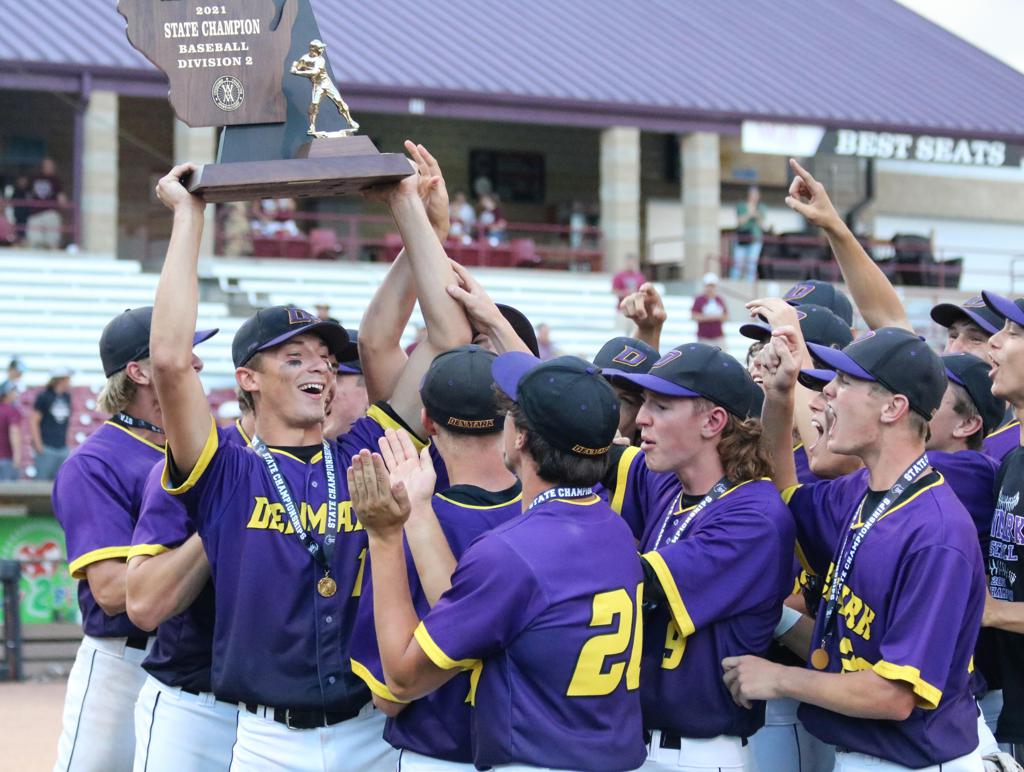 The Vikings defeated Jefferson 4-1 at Fox Cities Stadium to claim the Division 2 state title, the first in Denmark history.

The Vikings lost in walk-off fashion in state title games in both 2002 and 2005. This year's group made sure it wouldn't happen again.

Kenny Satori's RBI single broke a 1-1 tie in the bottom of the fourth inning and gave Denmark the lead for good. The Vikings pushed three runs across in that inning after Satori scored on a wild pitch and Hayden Konkol hit an RBI single.

That was enough run support for Brennen Miller, who worked six strong innings to keep the Eagles quiet. He held a well-hitting Jefferson team to five hits and one run, striking out seven.

Logan Paplham hit a sac fly in the second inning to give the Vikings an initial 1-0 lead before Tanner Pinnow's RBI single in the fourth tied it for Jefferson.

The Eagles' best chance to strike back came in the sixth when they brought the tying run to the plate with two outs. But Miller induced a ground ball to end the threat.

Konkol and Abe Kapinos had two hits each for Denmark.

The Vikings finished the season 31-1.