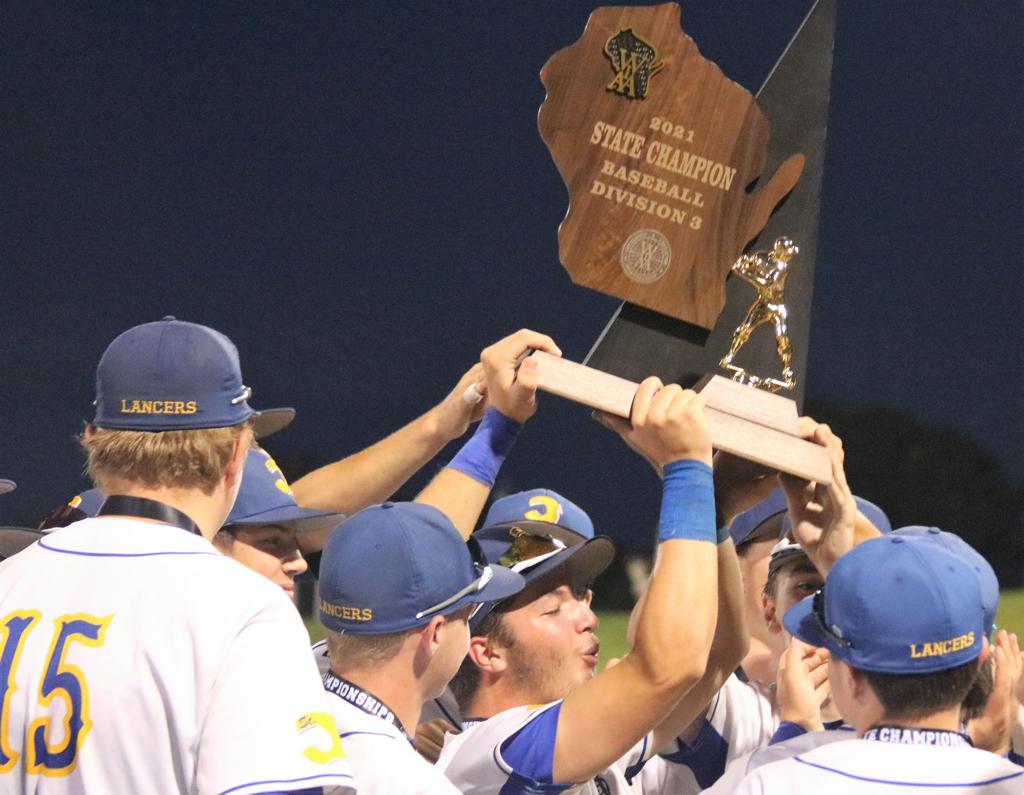 GRAND CHUTE — Twelve years after last reaching the summit, Kenosha St. Joseph is back on top.

The Lancers captured the fourth state championship in program history on Tuesday, defeating Coleman 7-4 in the Division 3 title game at Fox Cities Stadium.

The mighty offense that carried the team all season shined in the spotlight, scoring five runs across the first two innings to give the second-seeded Lancers (25-1) a lead they wouldn't relinquish. A sacrifice fly by Andrew Setter put St. Joseph ahead in the first, and Jacob Ashmus and Luke Schuler followed with RBI singles to push the lead to four after one frame.

Jack Davidson's sac fly in the second extended the lead to 5-0.

Coleman rallied with three runs in the third, highlighted by an RBI single from Zach Zablocki. But timely hitting would be tough to come by the rest of the way thanks to the pitching of Schuler and Max McCarville.

Schuler pitched five innings and allowed two earned runs to earn the victory. He struck out three. McCarville got a save by throwing the final two frames.

Coleman finished the season 25-3. The Cougars were making their fourth appearance at state and first since winning a Division 4 championship in 2012.