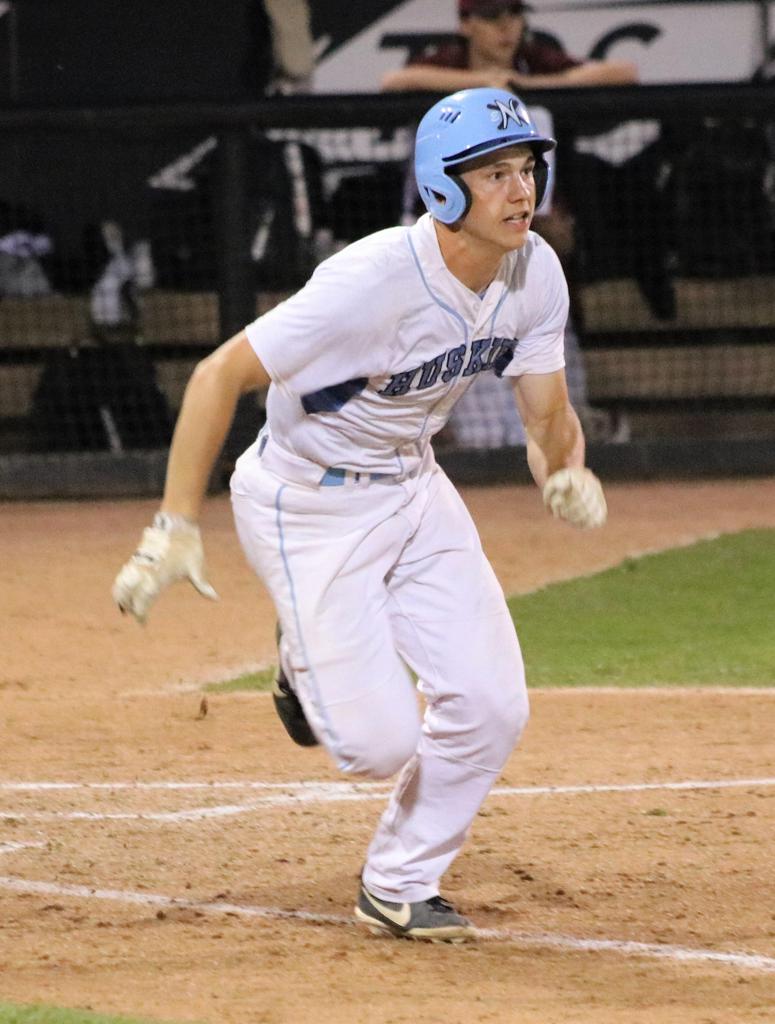 Eau Claire North's Sam Stange runs to first base during the Division 1 state semifinals on June 11 in Grand Chute.

Eau Claire North senior outfielder Sam Stange has been selected as the 2019 Wisconsin Baseball Central Player of the Year.

Stange was the undisputed best player for the Division 1 state champions, hitting .533 with 12 doubles, seven triples, seven home runs and 41 RBIs. He had nearly as many extra-base hits (26) as he did singles (30), which led to a .981 slugging percentage. He rarely got himself out, only striking out 12 times in 122 plate appearances.

The Player of the Year also happened to make the play of the year — Stange hit the clutch three-run, go-ahead homer late in the state title game to give the Huskies their first championship since 2011.

The Player of the Year award goes to the position player who maintained the most consistent level of excellence over the course of the year. Wisconsin continues to produce high-level talent, and the winner is the best of the best. Players of any grade in school are eligible to win the award.

The award was first introduced in 2015. Athens' Shane Coker won that year, Kenosha Indian Trail's Gavin Lux won in 2016, and Prescott's Peter Brookshaw in 2017 and Waunakee's Nate Stevens in 2018.

Stange is the second outfielder to win Player of the Year in the five-year history of the award, joining Coker from that position. Lux and Brookshaw won as infielders, and Stevens won as a catcher.

Stange is the first Player of the Year who does not plan to play baseball in college or as a professional. He will be continuing his athletic career as a Division I athlete on the hockey rink. He will play for the Wisconsin Badgers after spending the upcoming season in the United States Hockey League.