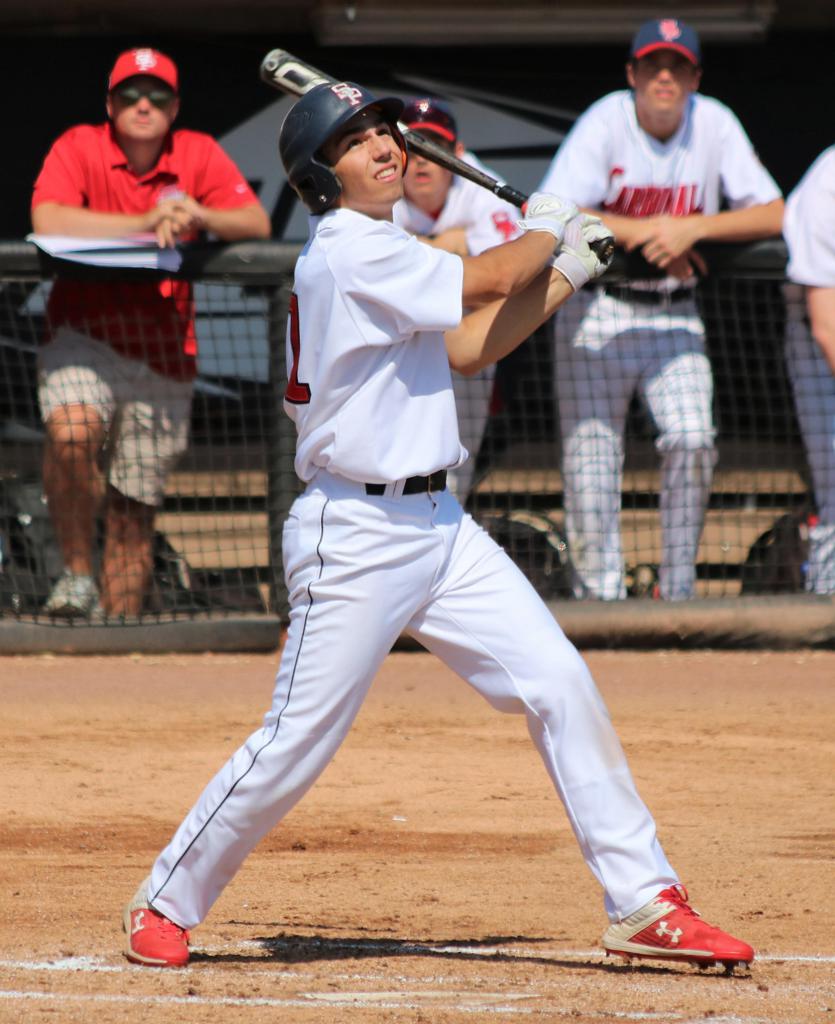 These are the 10 finalists for 2019 Player of the Year, listed in alphabetical order by last name. The winner will be announced on Tuesday, July 2.

Bartel was one of the driving forces behind Sun Prairie's surge to the Division 1 state championship game. The outfielder hit .474 with eight doubles, 10 triples, one homer and 26 RBIs. He was among the biggest threats in the state to hit a three-bagger.

Bau was among the most productive players in the state during his senior campaign. The infielder posted a .529 batting average, hitting 10 doubles, five triples and four home runs along the way. He drove in 38 runs and stole 14 bases for the Tigers and helped his team win a Division 2 regional title.

Cline put up video game numbers on his way to helping the Crickets win a conference title. The UW-Milwaukee commit hit .534 with 11 doubles, eight triples, two home runs, 41 RBIs and 20 stolen bases. The infielder was also among the team's top pitchers.

Peterson swung one of the state's most powerful bats this spring. The Illinois State commit crushed seven home runs to go along with eight doubles and three triples. The outfielder hit .468, drove in 35 runs and stole 11 bases.

Stange was the undisputed best player for the Division 1 state champions, hitting .533 with 12 doubles, seven triples, seven home runs and 41 RBIs. He hit the clutch three-run, go-ahead homer late in the state title game to give the Huskies their first championship since 2011.

Stevens has a chance to repeat as Player of the Year after a stellar senior season. Last year's winner hit .419 with six doubles, one triple and nine home runs this spring. He drove in 31 runs for the Warriors, and will play college baseball at Arkansas.

Stumpf was the state leader in home runs for the Division 4 runner-up Pointers. The sophomore sensation blasted 12 homers on the year to complement a .489 batting average. He also hit 11 doubles and three triples, and drove in 47 RBIs. He has attracted interest from NCAA Division I programs already.

Tetzke was a force to be reckoned with in the Fox Valley Association. The infielder hit .489 with 11 doubles and four home runs for the Terrors. He drove in 28 runs and was a unanimous first team all-conference honoree.

Wagner was also a finalist for the Pitcher of the Year award, making him one of the top two-way players in the state. At the plate, he led the Hornets with a .500 average, eight doubles, three triples, five homers and 39 RBIs. The infielder is committed to play at Clemson.

Washburn is this season's Pitcher of the Year and has a chance to take home Player of the Year honors as well. The senior hit .505 with eight doubles, five triples, six home runs and 46 RBIs for the Division 4 state champions. He'll play at Oregon State next year.