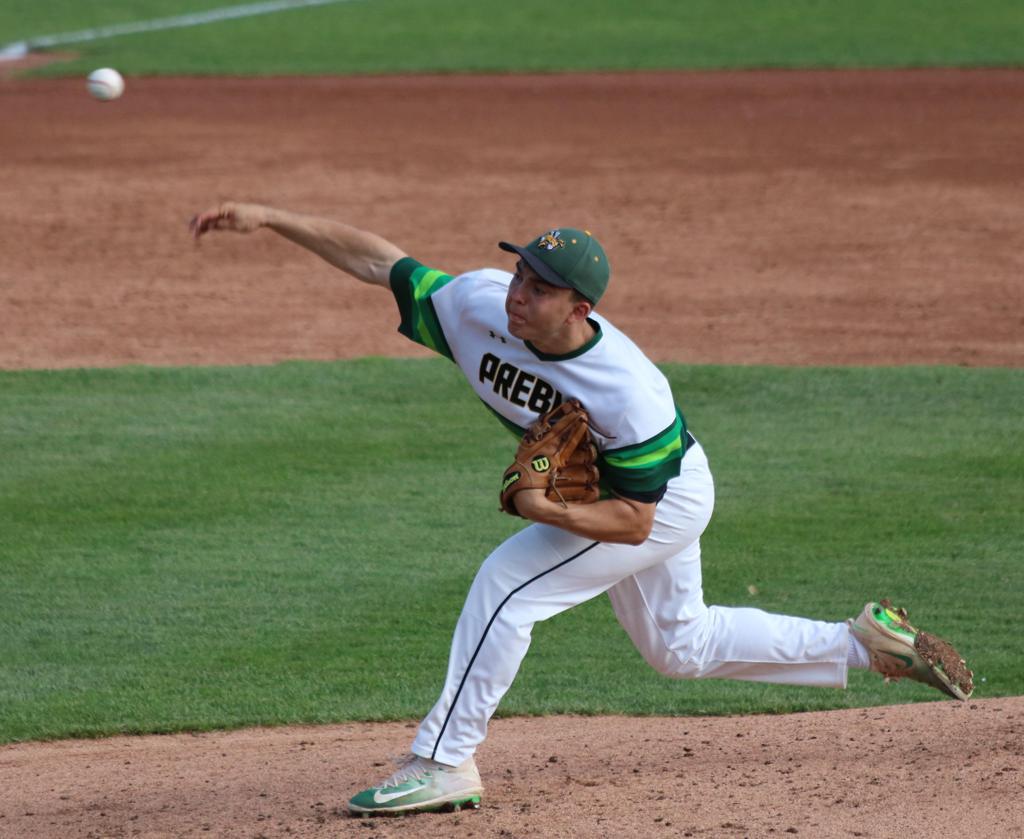 The Wisconsin Baseball Central Pitcher of the Year award goes to the pitcher who maintained the most consistent level of excellence over the course of the year. Players of any grade are eligible to win the award.

This year's group of 10 finalists is outstanding, representing the best arms to take the diamond in Wisconsin this spring. These 10 pitchers dominated like no others.

Here are the 10 finalists for this year's award, listed alphabetically by last name. The winner will be announced on Thursday, June 27.

Carpenter set the tone for the Capitol North Conference champion L-Cats with standout performance after standout performance. The southpaw went 9-1 with a 1.02 ERA on the year, and surpassed the triple-digit strikeout benchmark. He fanned 102 batters in 66 innings of work and earned conference player of the year honors. He'll play at UW-Stevens Point next year.

Hampton was about as unhittable as anybody in the state this year: He was part of three no-hitters. The West Virginia commit went 9-1 with a 1.08 ERA, striking out 104 batters in 58 innings to help lead the Phantoms to the state tournament.

Krause was expected to be one of the state's top pitchers this year, and he delivered in his senior season. The lefty posted a 7-0 record with a sterling 0.48 ERA. He punched out 105 hitters in just 58.1 innings — good for an average of almost two strikeouts per inning. He's a finalist for Pitcher of the Year for a second season in a row. He'll pitch at Illinois State next year.

Prielipp won this award last year, and he's one of the favorites to do it again this season. The southpaw strikes out batters like no other. He fanned an incredible 165 hitters in 72 innings of work this year. It was good for a 9-2 record and 0.68 ERA. It's not hard to see why the Alabama recruit was selected in the late rounds of this year's MLB draft.

Rosenbaum is one of two Webster players to be named a finalist for this award this season. The right-hander was simply dominant this spring, finishing with an 11-0 record to go with a minuscule 0.13 ERA. The West Virginia recruit struck out 97 hitters in 55.1 innings and helped the Tigers win the Division 4 state title.

Ryan made some history this June, becoming just the fifth pitcher to ever throw a no-hitter in a Division 3 state tournament game. He held Ozaukee hitless in this year's D3 semifinals. It capped a remarkable year on the mound in which he went 12-0 with a 0.42 ERA, punching out 113 hitters in 66.1 innings on the hill. He'll play at Central Michigan next year.

Vikemyr was unbeatable for the Blackhawks this season, finishing with an 8-0 record and sporting an impressive 0.64 ERA. The righty was one of the top strikeout pitchers in the state, fanning 124 hitters in 64.2 innings of work.

Wagner had a standout year on the mound to help the Hornets return to the state tournament for the fourth year in a row. The Clemson commit went 8-2 with a 0.68 ERA. He mowed down 80 batters via the strikeout in 61 innings pitched.

Washburn capped his high school career in style,  earning the win in the Division 4 state championship game over Mineral Point. It was the exclamation point on a season in which he went 12-0 with a dazzling 0.22 ERA. Hitters stood little chance when he was on the mound, striking out 123 times. The Oregon State commit was part of five no-hitters this spring. He's a finalist for this award for the second year in a row.

Woelfle came every bit as advertised in his senior season, earning first team All-Big Eight Conference honors for the third straight year. The Air Force commit pitched to a 10-1 record and a 1.00 ERA. His only loss came in a 1-0 game as the result of an unearned run. He struck out 65 hitters in 63 innings of work.