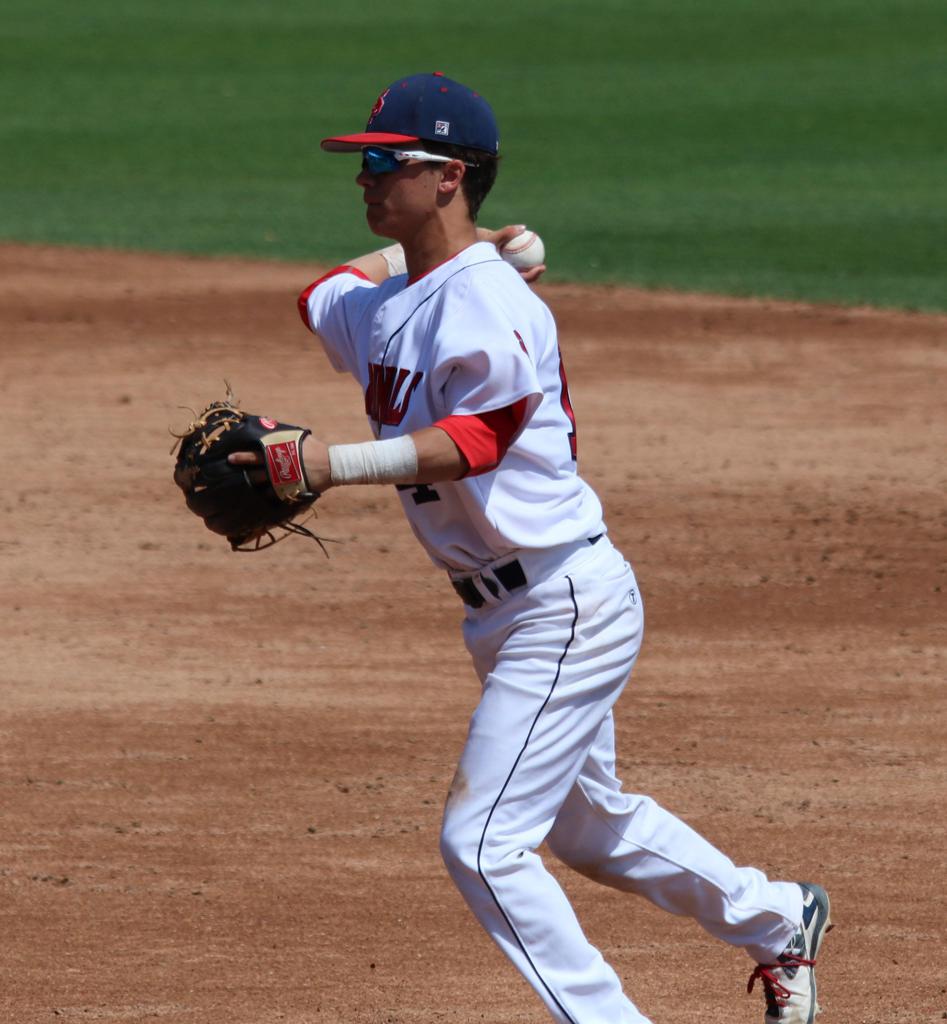 Sun Prairie's Carson Shepard throws to first base during the Division 1 state quarterfinals at Fox Cities Stadium in Grand Chute on June 11.

With four state champions crowned at the conclusion of the 2019 WIAA baseball season, all that's left to do is hand out awards.

First up is the Newcomer of the Year award. The honor goes to the player who had the best yearlong performance in his first season of significant varsity playing time. Only freshmen and sophomores are eligible to win the award.

Here are the 10 finalists for the 2019 Wisconsin Baseball Central Newcomer of the Year award, listed alphabetically by last name. The winner will be announced on Sunday, June 23.

Byrnes had a freshman season to remember, serving as the ace on a team that reached the sectional finals. The right-handed pitcher went 7-1 with a 1.35 ERA in 46.2 innings of work. He struck out 51 batters.

Lapic burst onto the scene in the La Crosse area with a standout debut season on the mound. The southpaw compiled a 4-1 record and posted a 1.46 ERA in 47.2 innings. He earned first team All-Mississippi Valley Conference honors as a result.

Lippe is considered one of the top Class of 2021 recruits in the nation, and the outfielder showed why in his debut season with the Blue Dukes. The Louisville commit hit .430 with seven doubles, one home run and 23 RBIs.

Marget gives Whitefish Bay two players up for this award. The sophomore infielder was a big-time run producer for the Blue Dukes. He hit .432 with seven doubles, two home runs and 30 RBIs.

Miller suited up for the Warriors following their arrival in the spring season this year. They're glad the infielder did. The Alabama commit batted .500 with nine doubles, three triples, three home runs and 20 RBIs. He also stole 14 bases.

Richardson made an instant impact in the starting lineup as a freshman, a rare feat in Eau Claire North's storied program. The infielder helped North win the Division 1 state championship, hitting near the middle of the lineup. He hit .431 with nine doubles, one home run and 32 RBIs.

Schulfer established himself in the Panthers' vaunted pitching staff as just a sophomore. He finished the year with a 4-0 record, pitching to a 1.94 ERA in 39.2 innings. He struck out 46 batters and was a unanimous first team All-Wisconsin Valley Conference selection. He has committed to play at UW-Milwaukee.

Shepard helped the Cardinals bring home some hardware from the state tournament, using a hot bat to help them finish as Division 1 runner-up. The infielder hit .440 with nine doubles, four triples and 20 RBIs at the top of Sun Prairie's lineup.

Spaeth brought a thunderous bat to the plate in his first season with the Redbirds. The sophomore infielder earned first team All-Fox River Classic Conference recognition, and it's not hard to see why. He hit .368 with 12 doubles, 18 RBIs and 10 stolen bases.

Spence stepped into the Suns' lineup and blew away the competition to kick off his sophomore year. After his first seven games, he had 20 RBIs. The Notre Dame commit finished the season with a .385 average, six doubles, one triple, two home runs and 27 RBIs.