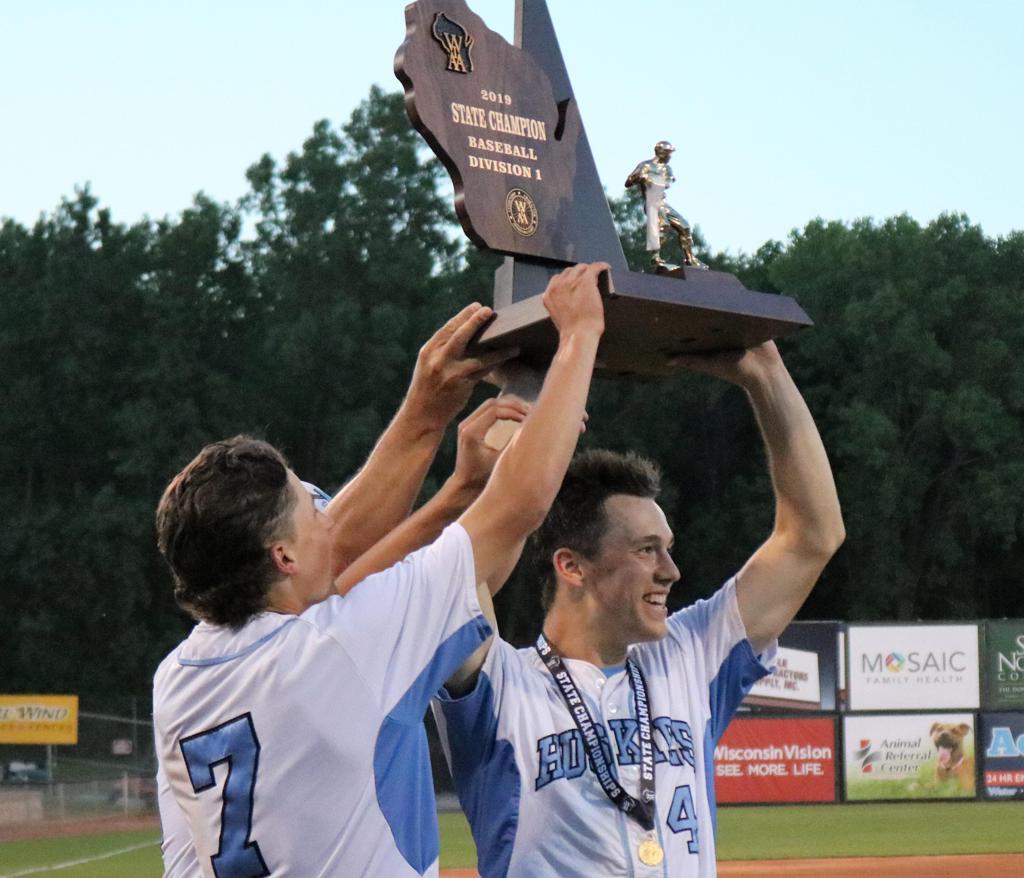 Unsurprisingly, Sam Stange was the man for the job.

The Huskies' all-state outfielder came to the plate in the bottom of the sixth inning with his team trailing 4-2. With two men on base, Stange represented the go-ahead run.

He only represented it for a minute. Then he became it.

Stange belted a three-run home run deep over the right field fence to put North ahead 5-4, a scoreline that would hold as the Huskies won the Division 1 state title over Sun Prairie on Thursday at Fox Cities Stadium.

It's the first state title for the Huskies since 2011.

North had coughed up a 2-0 lead late in the game, allowing the Cardinals to tie the game on an error in the top of the sixth and falling behind on Carson Shepard's two-RBI double.

But Gabe O'Brien hit a two-out single in the bottom of the sixth, and Carter Hesselman got aboard via the walk. It set the stage for Stange's heroics.

North had taken a 2-0 lead in the second inning on a two-RBI double from Joe Feck. Spencer Bartel drew a run back for Sun Prairie in the third with an RBI single.

Austin Goetsch pitched 5.2 solid innings for the Huskies, but Joel Zachow got the win in 1.1 innings of relief. Goetsch only allowed one earned run.