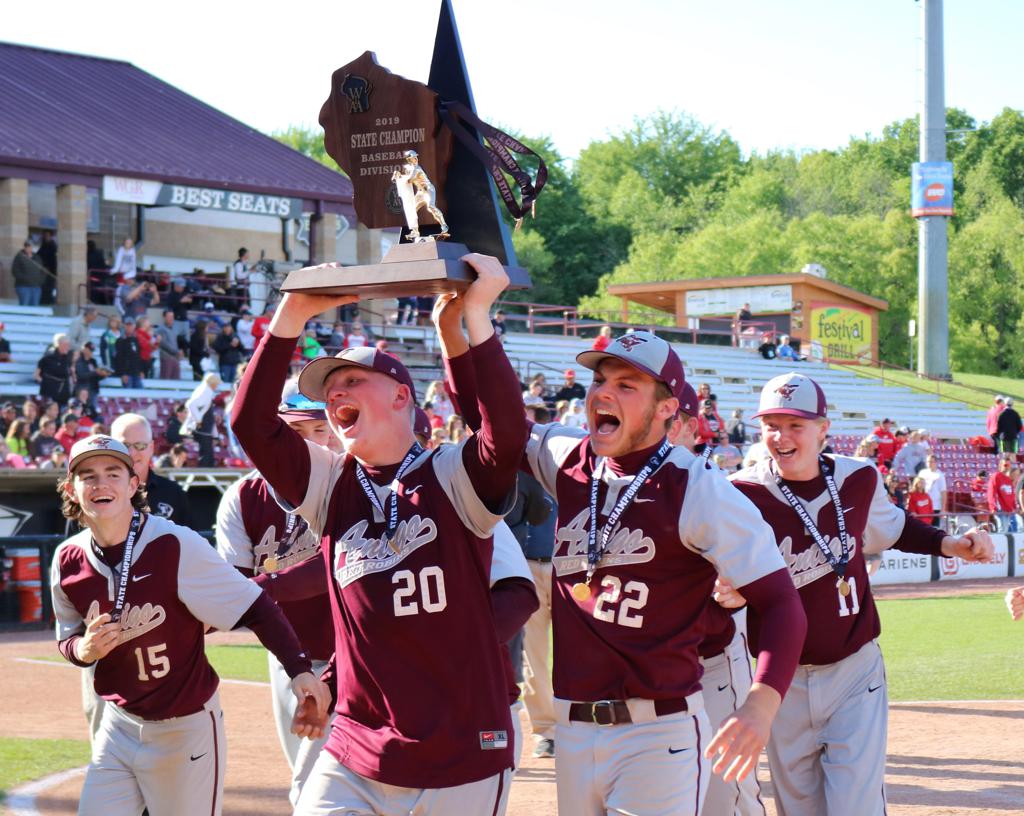 GRAND CHUTE — For the first time in program history, the Antigo Red Robins are state champions.

They got a late surge in Thursday's Division 2 state championship game — started by a huge two-run homer by Logan Doering — to defeat Union Grove 8-3 for the title at Fox Cities Stadium.

With Antigo trailing 3-2 in the bottom of the fifth, Doering crushed a ball that stayed just fair inside the right field foul pole for a two-run homer to put his team in front.

The Red Robins kept the momentum going in the sixth inning, adding four insurance runs to pull away for the state title.

Union Grove led 2-0 after the first inning, courtesy of a two-RBI double from Jack Clark.

But Brady Renfro hit an RBI double and Doering grounded out for an RBI in the bottom of the first to knot things up at 2-2. Nobody scored again until the fourth, when the Broncos got a run on an Antigo error to take a 3-2 lead.

Sebastian Noskowiak earned the win on the mound for Antigo (21-5) with 6.1 innings of work.