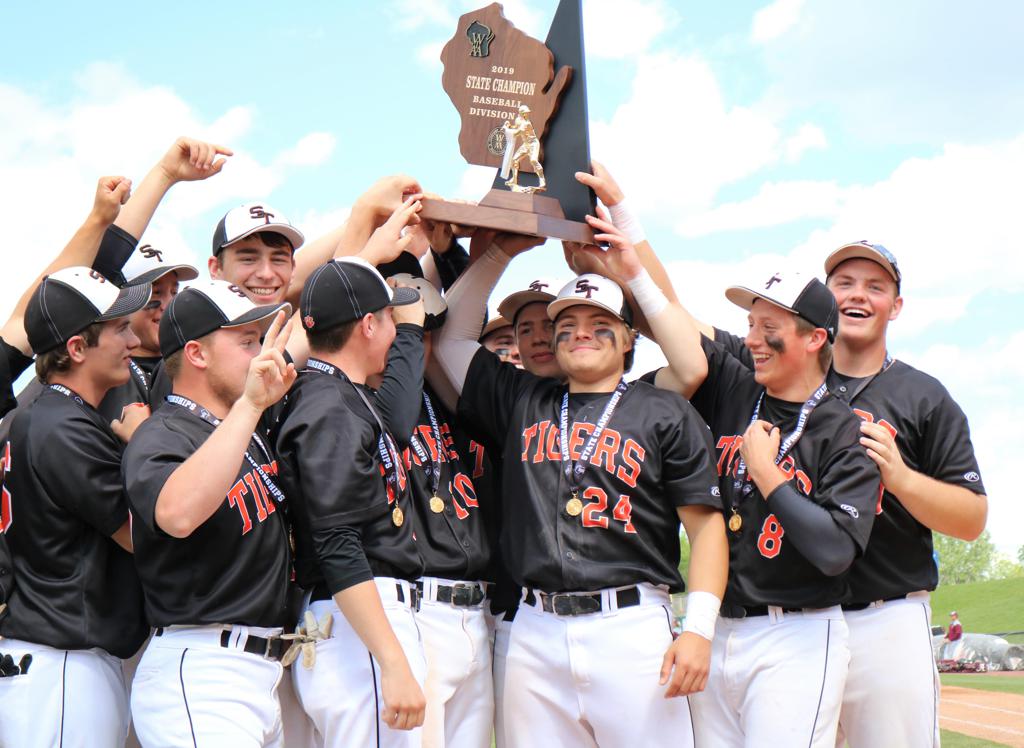 The Tigers strung together a six-run seventh inning to break a 3-3 tie and beat Markesan 9-4 for the Division 3 state championship on Thursday at Fox Cities Stadium.

It's the first state title in program history for Stratford.

The Tigers had to rally from deficits twice, first after falling behind 2-0 and again after Markesan took a 3-2 lead in the fifth.

Stratford scored all nine of its runs with two outs in the inning.

Max Stellmacher had given the Hornets the first run of the game with an RBI single in the second inning, and Bryce Leedle added a sacrifice fly in the third.

But Riley Bauman answered for Stratford, hitting a two-RBI single in the top of the fifth to tie the game at 2-2.

Shane Ryan retook the lead for Markesan in the sixth, coming in to score on a Stratford error. An errant throw to first caught the catcher backing up the base, leaving home plate wide open. Ryan took advantage, racing home to put the Hornets up 3-2.

This time it was Chandler Schmidt who answered the call for the Tigers. He hit an RBI triple in the sixth to tie the game back up.

A barrage of hits made the difference in the seventh. Markesan struggled to get the final out of the inning, and the Tigers made them pay dearly.

Schmidt pitched a complete game on the mound for the Tigers (22-2).

Markesan finished the season with a 23-6 record and as state runner-up.