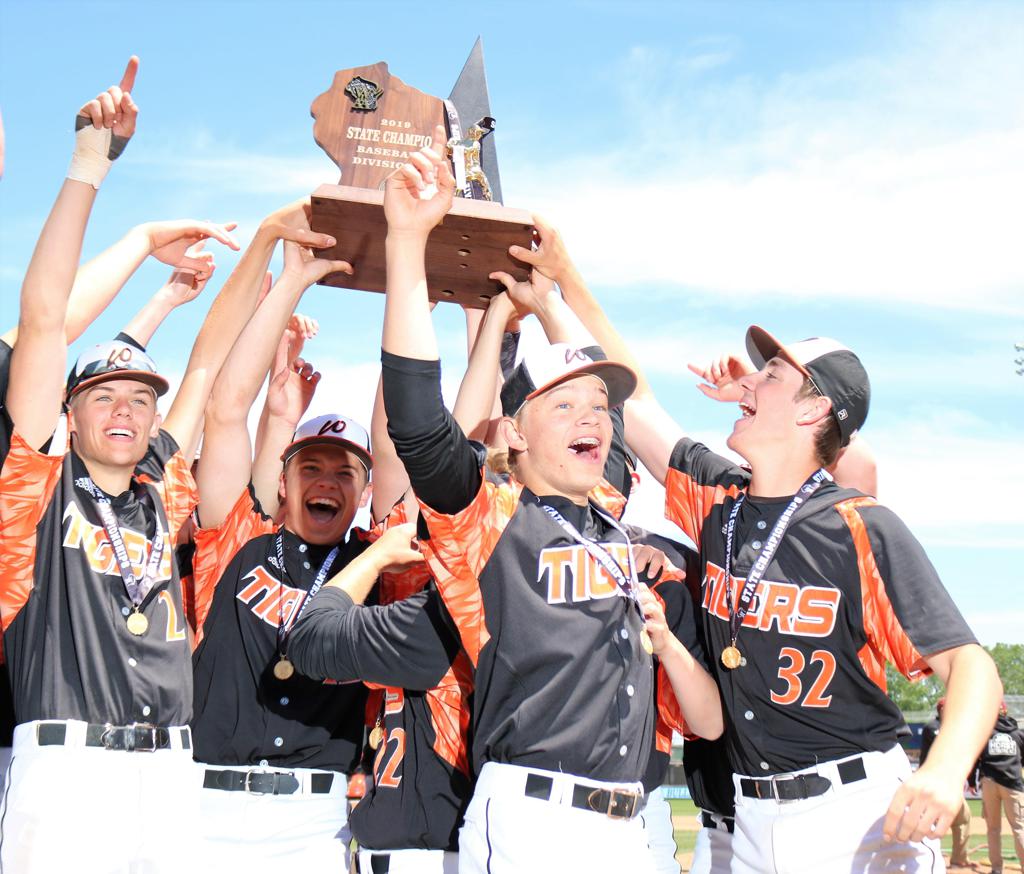 GRAND CHUTE — They were the favorites coming into the year, and the Webster Tigers did not disappoint.

Webster capped off a perfect 30-0 season with a second consecutive state championship, defeating Mineral Point 11-1 for the Division 4 title on Thursday at Fox Cities Stadium.

The Tigers took a preseason No. 1 ranking and turned it into a gold trophy at the end of the season.

Jack Washburn was dominant on the mound for the Tigers in the win over Mineral Point, pitching a complete game two-hitter with 12 strikeouts. After allowing a run on two hits in the first inning, he never allowed the previously unbeaten Pointers to hit him again.

Webster's explosive offense gave the team the lead with a five-run second inning, and Washburn never looked back. Brad Sigfrids, Tanner Pardun, Carsen Stenberg, and Washburn all tallied RBIs in the frame as the Tigers pounded five hits.

Webster added two more runs in the fourth on an RBI single from Owen Washburn and a first-and-third stolen base play.

The Tigers put it out of reach by plating four runs in the seventh.

Liam Stumpf and Justin Baehler had Mineral Point's only two hits. Baehler scored the team's lone run on a wild pitch in the first inning.

The two Washburns, Trevor Gustafson and Coleton Peterson all had two hits apiece for Webster. Stenberg drove in two. Jack Washburn was the winning pitcher in a state championship for the second straight year after getting the victory in last year's Division 3 title game. 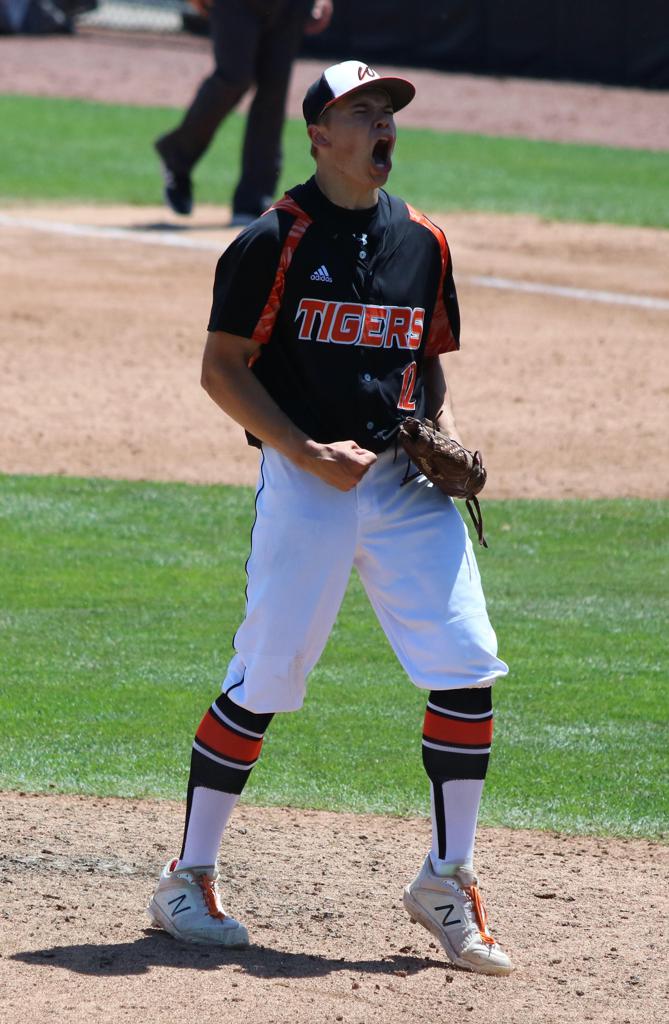 Webster's Jack Washburn roars after the final out of the Division 4 state championship game on Thursday at Fox Cities Stadium in Grand Chute.