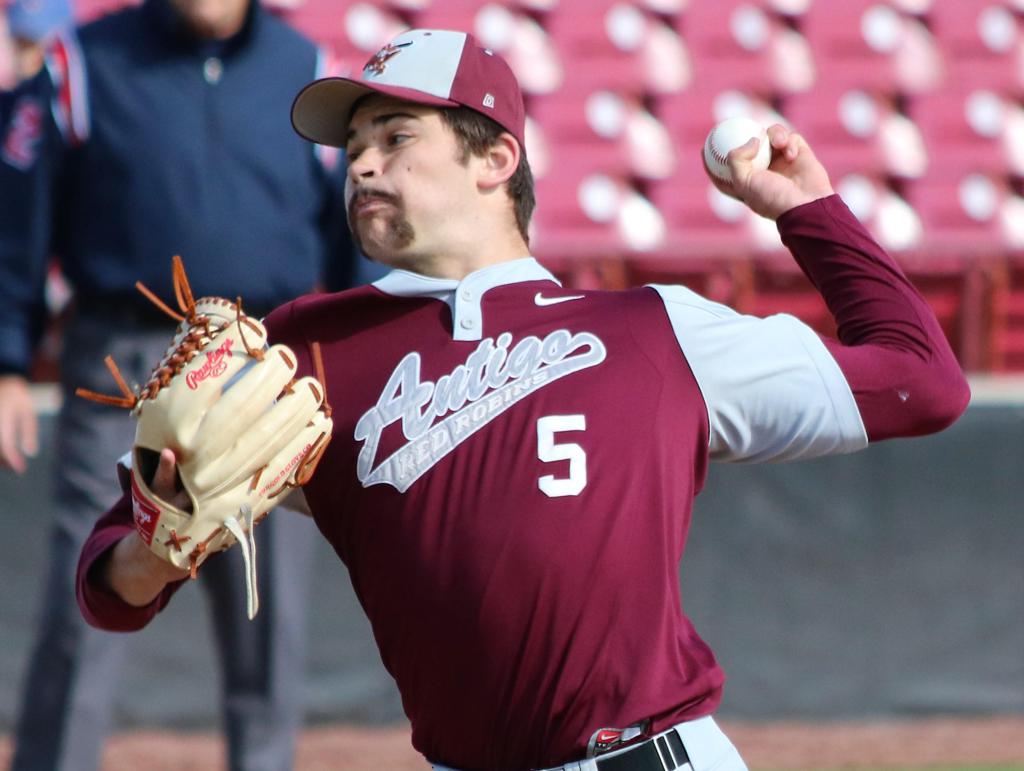 GRAND CHUTE — Antigo's Brady Renfro gave West De Pere a taste of its own medicine, and it didn't go down easily for the Phantoms.

The southpaw pitched a complete game shutout to stun the top-ranked Phantoms 3-0 in the Division 2 state semifinals on Thursday morning at Fox Cities Stadium. It flipped the script on a West De Pere team that rode dominant, lights-out pitching to the No. 1 ranking in the Division.

Renfro held the mighty Phantoms lineup to five hits and struck out seven.

The Red Robins manufactured enough offense to push themselves into the state championship game, with Nevin Cornelius driving in runs in the third and fifth innings. They turned a 1-0 lead into a 3-0 advantage in the fifth thanks to an RBI single from Cornelius and a West De Pere error.

The Phantoms' best chance to get on the board came in the second inning. Zach Ziesmer and Bennett Olson hit back-to-back singles to lead off the frame and made their way to second and third. But Renfro conjured up three strikeouts to keep them scoreless.

Connor Langreder struck out eight in 5.2 innings of work for West De Pere, but took the loss.

Antigo (20-5) will face Union Grove in the state championship game on Thursday afternoon. West De Pere ends the year with a 27-2 record.