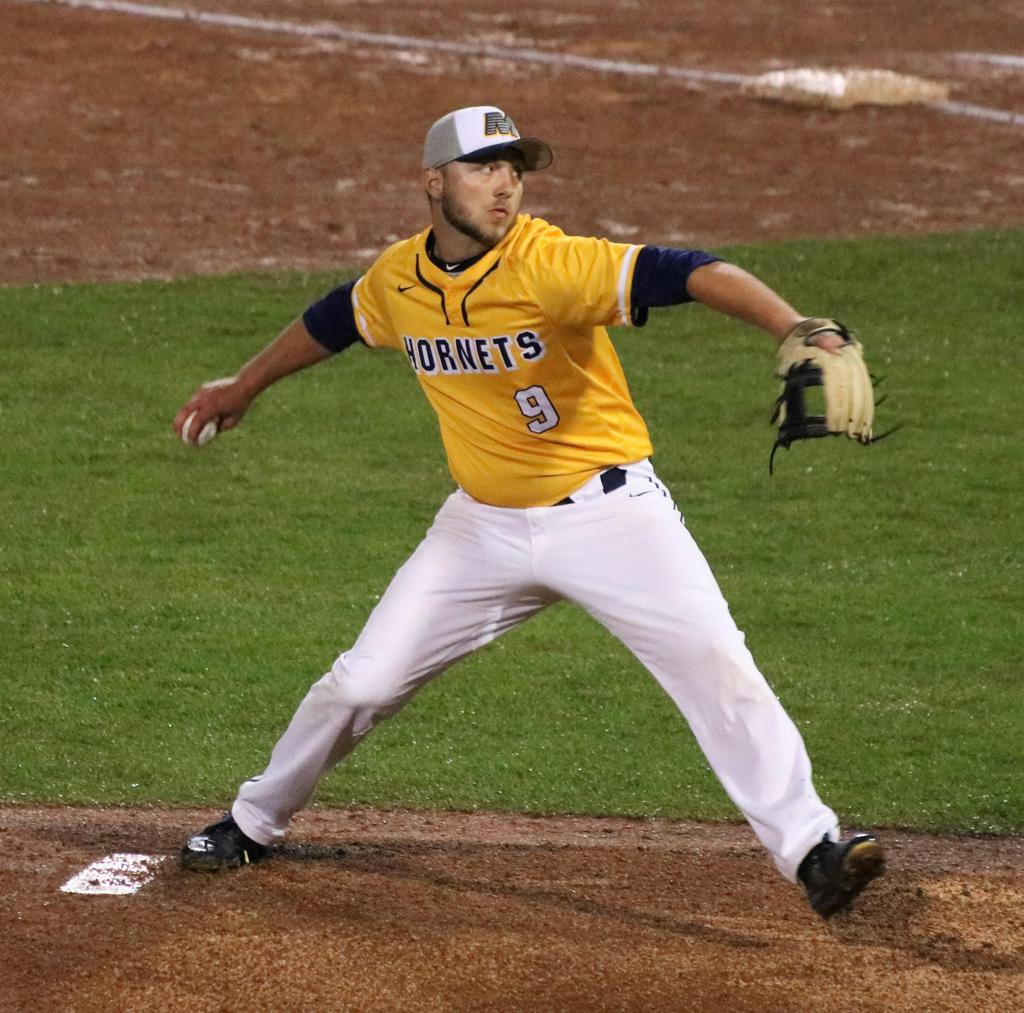 GRAND CHUTE — Markesan's Shane Ryan turned in a historic performance in his team's return to the big stage on Wednesday.

The senior right-hander became just the fifth player in the history of the WIAA Division 3 state tournament to pitch a no-hitter, holding Ozaukee hitless in a 10-0 win in five innings at Fox Cities Stadium.

Ryan carved up the Warriors lineup, striking out 12 over the course of those five innings. The only blemish on his stat line was three walks. His velocity and location made it difficult for Ozaukee to put many balls in play.

All but three of the Warriors' outs came via the strikeout.

The Hornets' offense, meanwhile, had no such struggles. They erupted for eight runs in the third inning, batting around the order and getting RBI hits from Ryan, Craig Plagenz and Ethan Augustynowicz.

Markesan (22-5) added two more runs in the fourth to bring the 10-run rule into play.

Ozaukee (12-8) did have its chances to score despite being no-hit. The Warriors got runners to second and third with one out in the second inning, but Ryan struck out the final two batters of the inning to tiptoe out of danger.

Jack Genzmer drew a leadoff walk for the Warriors in the third, but Ryan struck out the side to make it for naught.

Augustynowicz and Max Stellmacher led Markesan at the plate with two hits apiece. All nine of the Hornets' starters recorded a hit.

Markesan will face Stratford for the Division 3 state championship on Thursday afternoon.