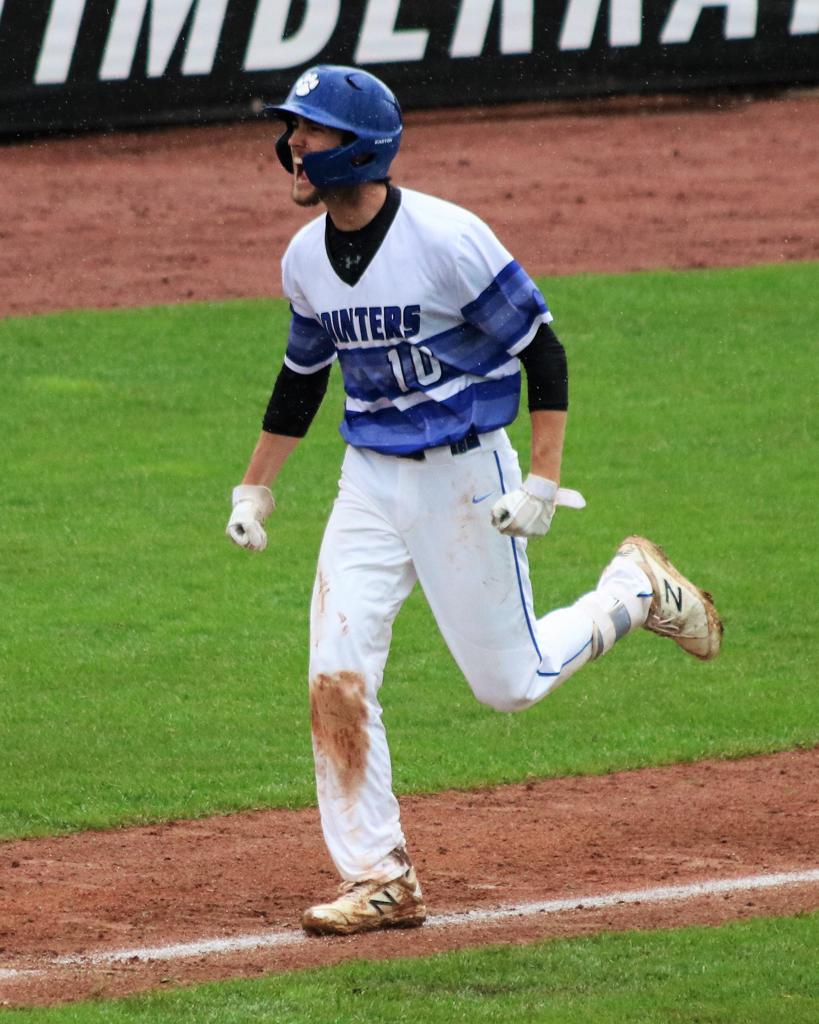 GRAND CHUTE — Liam Stumpf was a force on both sides of the ball on Wednesday morning.

The sophomore sensation was enough to lift unbeaten Mineral Point into the Division 4 state championship game with a 6-2 win over Belmont at Fox Cities Stadium.

Stumpf pitched five strong innings, striking out 11 and holding the Braves to one run on three hits to earn the win. At the plate, he tallied two hits for three RBIs — including a solo homer crushed over the left field fence in the third inning and a two-RBI triple in the sixth.

The Pointers had a 2-0 lead after the first inning thanks to RBI singles from Isaac Lindsey and Grant Bossert. Stumpf's homer made it 3-0 in the third before Belmont answered with a run on a Pointers error in the fourth.

Mineral Point (27-0) iced the game away late with insurance runs via a squeeze bunt from Curtis Cox in the fifth and Stumpf's triple in the sixth.

Riley Christensen and Luke Kamps had two hits apiece for Belmont. The Braves finished the season with a 17-9 record.

The Pointers will take on Webster in a battle of unbeatens for the Division 4 state championship on Thursday morning.