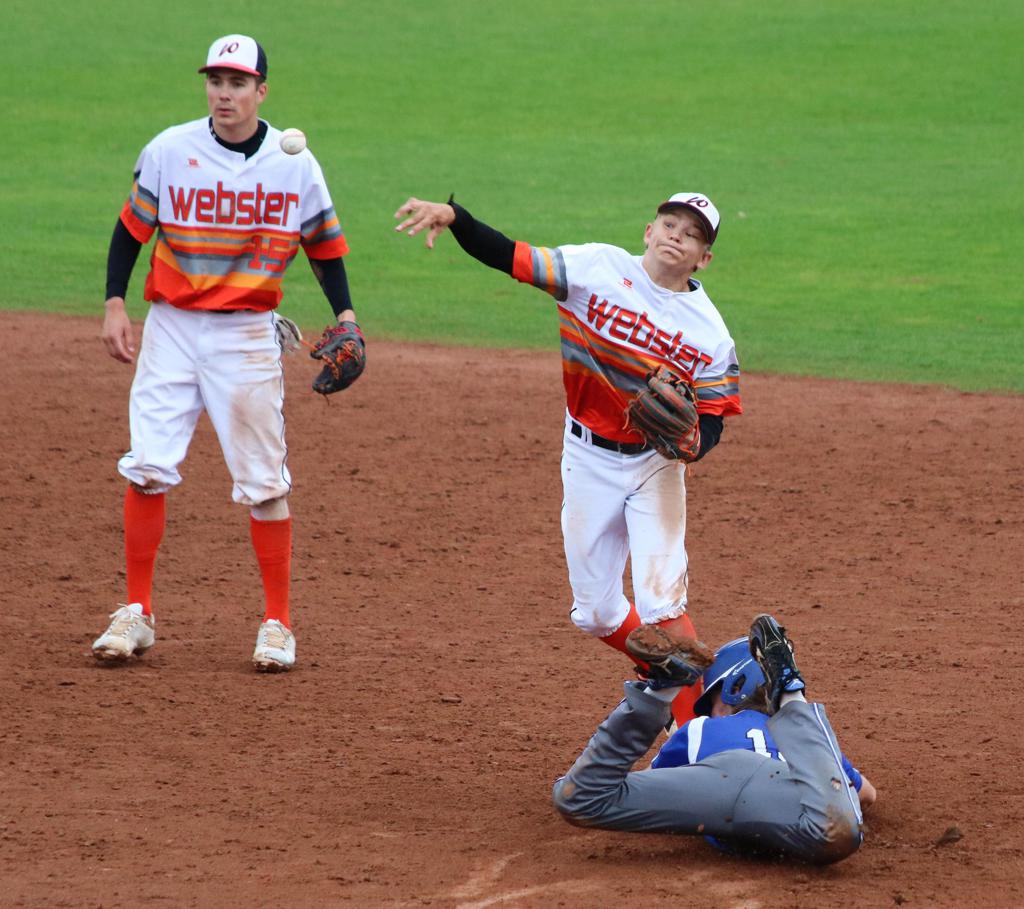 GRAND CHUTE — For the first time since 2016, there will be a state champion in Division 4 other than Athens.

The Tigers remained undefeated with the win at 29-0 and will look to win a second state title in a row on Thursday. It wasn't easy to return to the championship round though. Athens gave them their toughest test of the season.

Owen Washburn gave Webster a 1-0 lead in the first inning with an RBI hit, and the Tigers added another run in the third on an RBI single from Hunter Rosenbaum.

Athens had a response in the bottom of the fourth, courtesy of Javon Penney's RBI double.

Webster extended the lead to 4-1 with two runs in the top of the sixth, but the extra cushion wouldn't last long.

The Fighting Bluejays had plenty of chances to score, but only broke through again in the bottom of the sixth on an error and an RBI groundout.

Rosenbaum earned the win on the mound, pitching six solid innings. Jack Washburn pitched a scoreless seventh for the save.

Webster will face either Mineral Point or Belmont in the state championship game on Thursday morning.