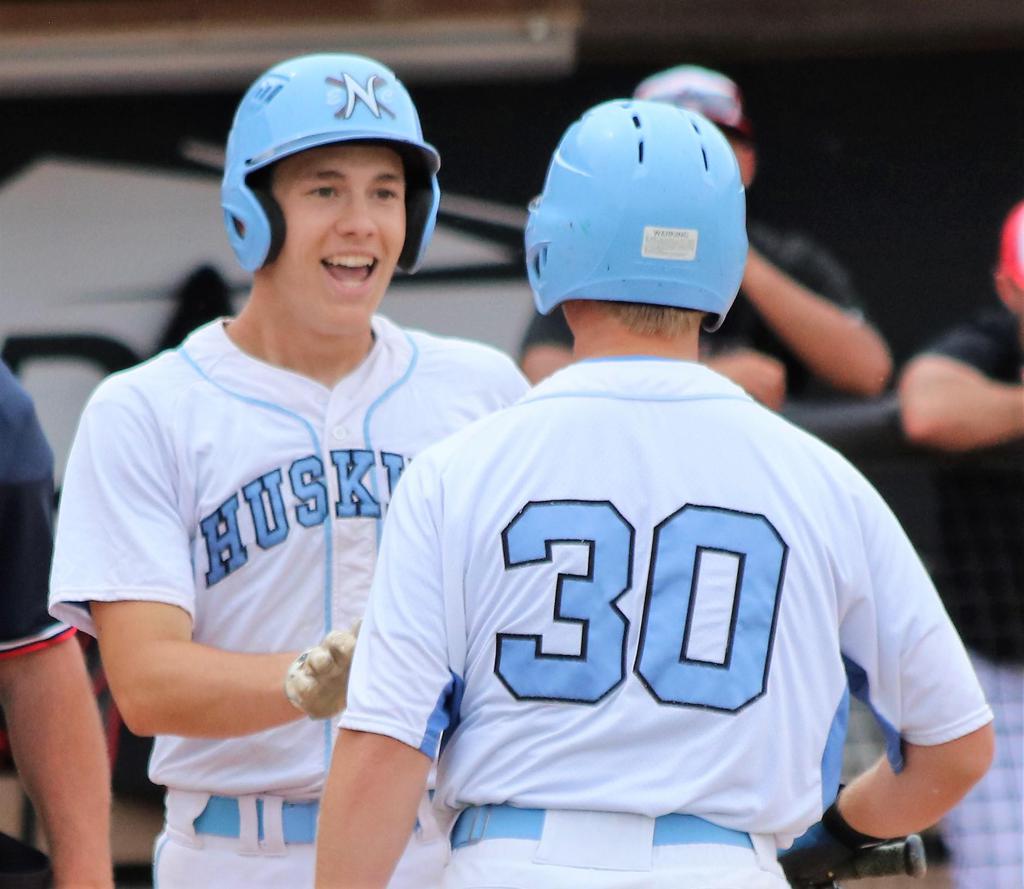 GRAND CHUTE — Eau Claire North emerged from a roller coaster of a Division 1 quarterfinal unscathed, even though at times it appeared unlikely.

The Huskies overturned a five-run deficit after losing a 6-0 lead to defeat Sussex Hamilton 15-12 in the quarterfinals at Fox Cities Stadium.

North took a 6-0 lead after batting around the order in the first inning, but Hamilton responded with 11 runs between the second and third innings to take a five-run lead.

But North's Carter Hesselman stepped up in relief, shutting down the Chargers for the most part and leaving the door open for his team to come back.

The Huskies plated two runs in the fourth inning to trim the lead to 11-8 before Hamilton answered with a run in the fifth on Zach Storbakken's RBI single.

North wouldn't be denied much longer though. The Huskies plated seven runs in the sixth to take a lead they would never relinquish. Gabe O'Brien, Sam Stange and Gabriel Richardson all had extra-base hits for RBIs in the frame.

O'Brien led North with four hits on the day, while Stange added three and four RBIs. Storbakken and Christopher Barnes had two hits apiece for the Chargers, and Barnes drove in four.

Hesselman earned the win, pitching 4.2 innings and holding the Chargers to two runs on four hits.

Eau Claire North (23-4) will face either Fond du Lac or Brookfield East in the state semifinals on Tuesday night. Hamilton ends the season with a 19-9 record.