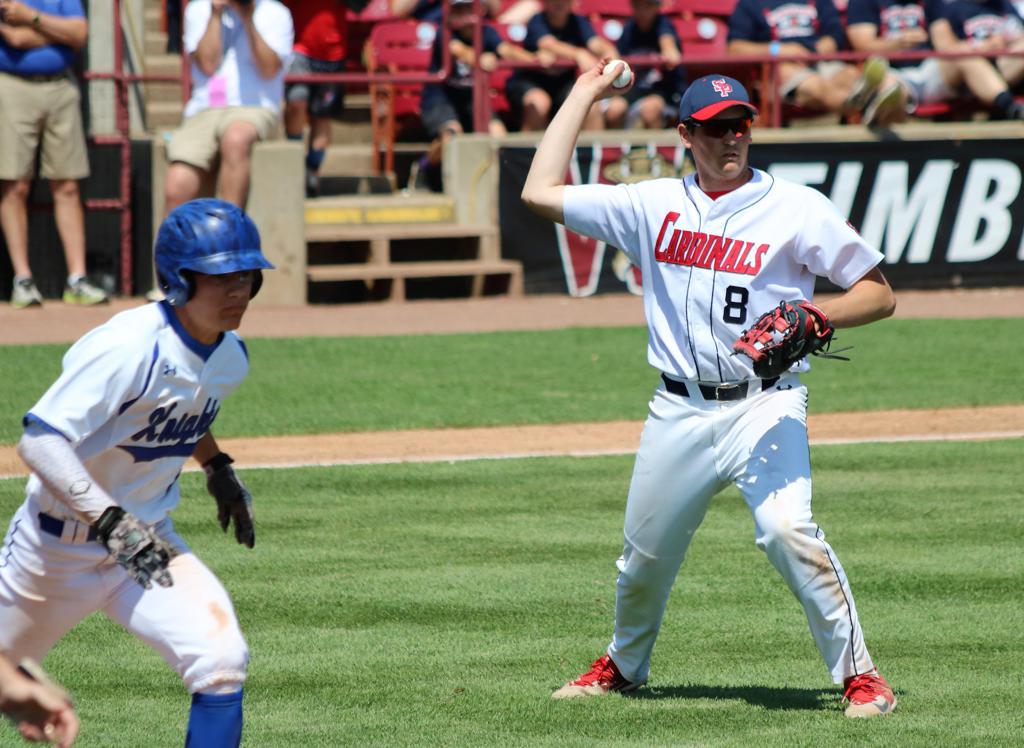 Sun Prairie's Bennet Halbleib throws to first base against Oak Creek in the Division 1 state quarterfinals on Tuesday at Fox Cities Stadium in Grand Chute.

GRAND CHUTE — A leadoff triple by Spencer Bartel set the table, and an opportunistic bounce brought him in.

It was enough for Sun Prairie to advance to the Division 1 state semifinals with a 3-2 win over Oak Creek on Tuesday morning at Fox Cities Stadium.

Bartel led off the top of the sixth with a booming shot deep into the right-center gap, putting him at third with nobody out and representing the go-ahead run.

Josh Caron followed with a walk, and attempted to steal second base shortly after. Oak Creek's throw to the base bounced off the bag and skipped out of reach, allowing Bartel to trot home and score the winning run.

Oak Creek was able to get runners on base plenty of times throughout the game, but only managed to score in the second inning. They plated two runs on an RBI double from Logan Brahm and a sacrifice fly by Gunnar Doyle.

Carson Fluno was masterful in relief for the Cardinals, pitching four scoreless innings. He held Oak Creek to two hits and struck out six to earn the win.

The Knights left seven runners on base over the course of the game.

Sun Prairie took a 1-0 lead in the first on a sacrifice fly by Caron, and tied the game in the third on a fielder's choice.