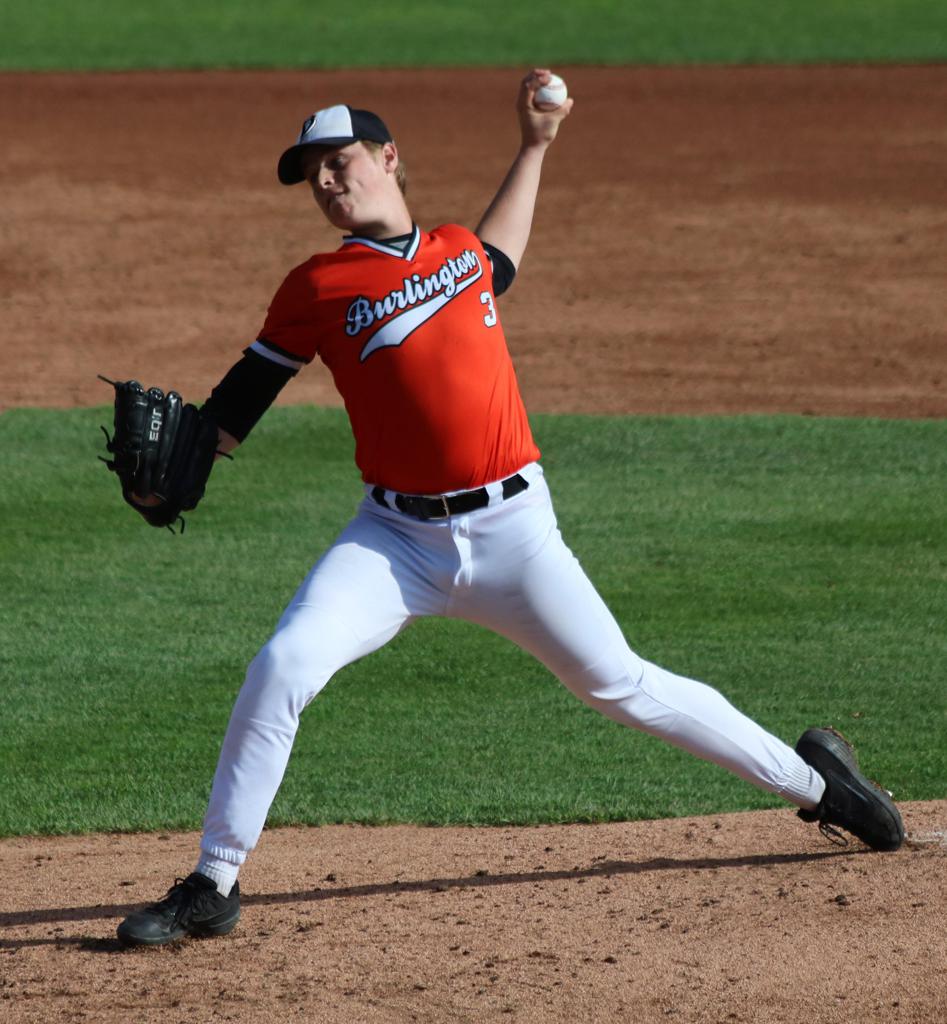 Burlington's Trey Krause throws a pitch against Green Bay Preble in the Division 1 quarterfinals on Tuesday at Fox Cities Stadium in Grand Chute.

GRAND CHUTE — Trey Krause was too difficult a challenge to solve on Tuesday morning.

The Burlington senior pitched a complete game two-hit shutout to lift the Demons over Green Bay Preble 3-0 and into the Division 1 semifinals at Fox Cities Stadium. The southpaw struck out nine.

Krause mixed speeds and locations effectively, keeping the Hornets off balance all morning. He also contributed to his own cause at the plate, knocking in one of the runs in Burlington's three-run third inning.

All three of the Demons' runs were unearned, giving Preble pitcher Max Wagner the tough luck loss. He pitched all seven innings and held Burlington to four hits while striking out four.

Burlington got on the board first thanks to a Preble error on a grounder that would have ended the inning. The Demons made good use of their new life, adding two runs on RBI singles to right field by both Krause and Trent Turzenski.

Preble had its best chance to rally in the bottom of the sixth. Jake Petasek reached on an error and Wagner walked, bringing the tying run to the plate with nobody out. But the runners never got past third base, as Krause induced a strikeout, ground out and fly out to preserve the shutout.

Burlington (24-5) will face either Sun Prairie or Oak Creek in Tuesday evening's state semifinals. Preble ends the season with a 24-4 record. Both teams were making their fourth straight trip to state. 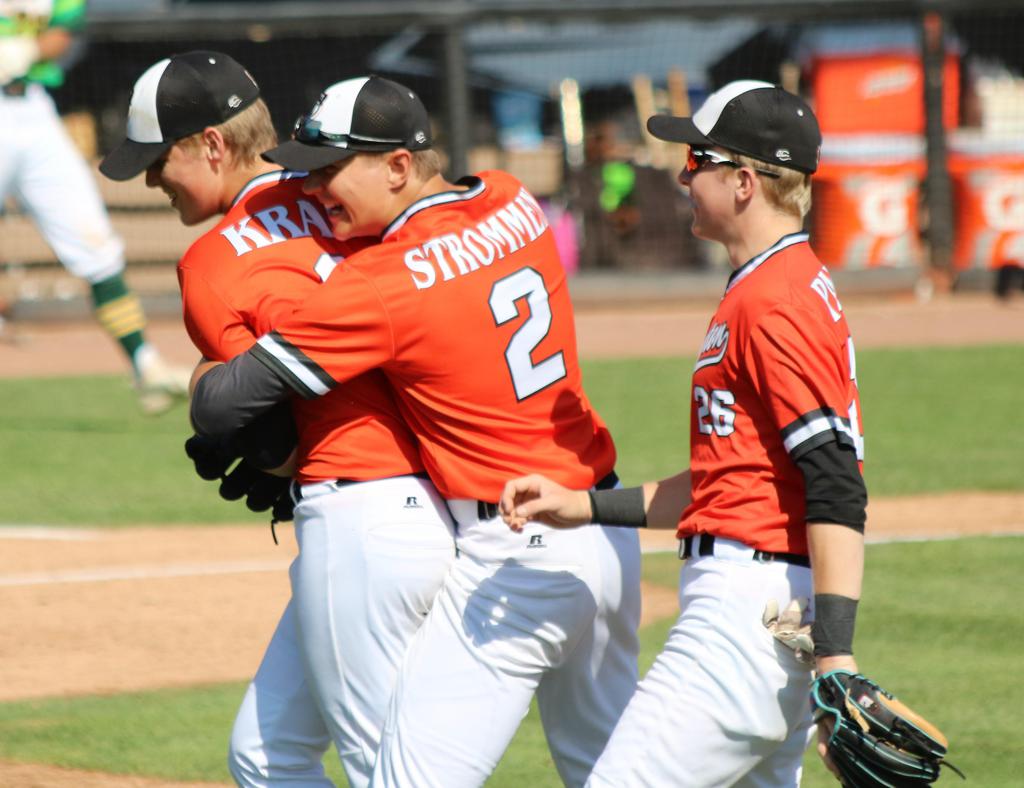 Burlington's Tucker Strommen (2) celebrates with pitcher Trey Krause (left) after the final out on Tuesday at Fox Cities Stadium in Grand Chute.