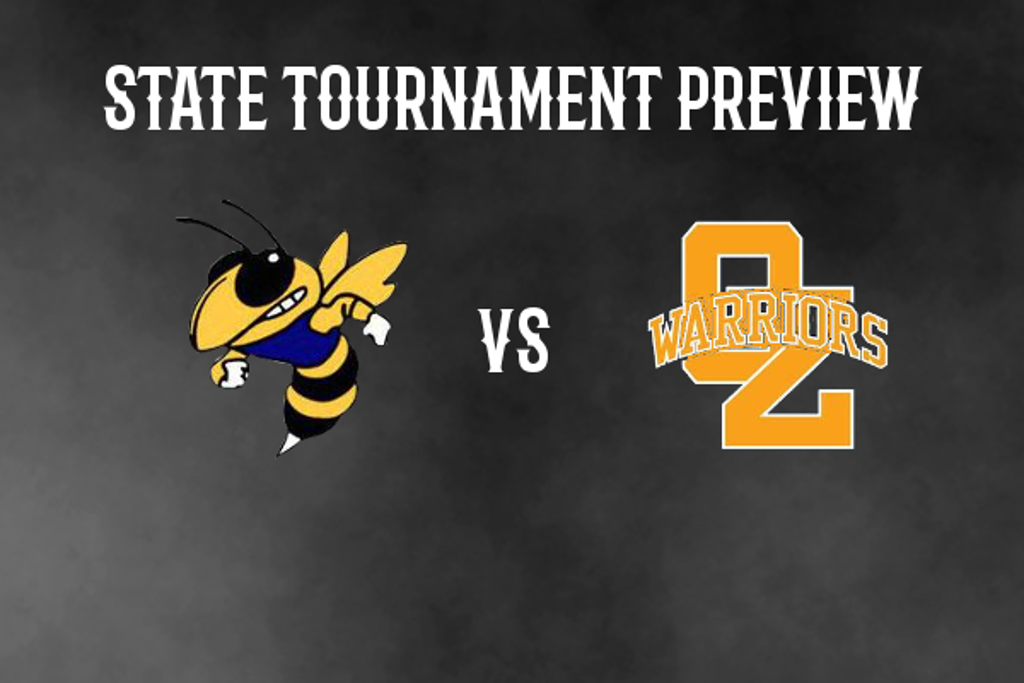 Our state tournament breakdown keeps chugging along with the second Division 3 semifinal. Markesan takes on Ozaukee for a spot in the state title game.

Markesan is making its second trip to state in the last four years, and third overall. The Hornets are trying to win their first state title. They fell in the semifinals in their last trip to Appleton. They’re 21-5 this year and won the Trailways West Conference. To get to state, they beat Marshall, Westfield, Columbus, Lakeside Lutheran and Prairie du Chien.

Ozaukee is at state for the first time ever following its first sectional title. The Warriors have ridden underdog status all the way to Appleton. They finished the regular season 7-7 and took fourth in their conference, but have won five playoff games to get to this point. They’ve beaten Kohler/Sheboygan County Christian, Cedar Grove-Belgium, Random Lake, Brookfield Academy and Sturgeon Bay.

Note: Stats listed for Ozaukee are through the regional finals.

Markesan has a well-rounded lineup, and gets the advantage in the hitting department. The Hornets are led by Josh Boening and Sage Stellmacher. Boening has a team-high .413 average, while Stellmacher hits .410 and leads the team with 23 RBIs. Shane Ryan (.377) is a home run threat. He put one over the fence three times this year. Bryce Leedle (.356) and Max Stellmacher (.307) also hit over .300.

Ozaukee is also led by two standout hitters. Alabama commit Noah Miller led the team with a .492 average entering sectionals. He had six doubles, three triples and two homers. His 18 RBIs were tops on the team. Brent Hoffmann had a .447 average, eight extra-base hits and 15 RBIs. Simon Bares (.327) was the only other regular to hit over .240 though.

Markesan might have the best starting pitching in Division 3. Ryan, a Central Michigan commit, is 11-0 with a sterling 0.46 ERA this year. Leedle, meanwhile, is 7-0 and also has a 0.46 ERA. They’ve been unbeatable this year, and give Markesan a great chance to win a state title. Ryan has over 100 strikeouts this year.

Miller is Ozaukee’s top pitcher this year. Entering sectionals, he was 2-2 with a 2.00 ERA and averaged well over a strikeout per inning. Hoffmann was their other main starter, and was 2-2 with a 1.99 ERA. Mitch Weyker (3-0, 3.13 ERA) was the only other pitcher with more than 10 innings logged this year at that point.

Markesan has the most stolen bases of anyone left in the Division 3 tournament. The Hornets have swiped 88 bags, led by Max Stellmacher’s 25 steals. Craig Plagenz added 10 steals, and Christian Schwandt contributed eight.

Ozaukee had 65 steals through regionals and was only caught stealing three times. Miller and Hoffmann tied for the lead with 13 apiece, and Weyker added nine. Bares was close behind with eight.

Markesan has been one of Division 3’s highest ranked teams all season, and they will be the favorites to win this semifinal. Upstart Ozaukee has been playing well as of late, riding strong pitching all the way to state. They’ll need another strong outing from whoever gets the ball, and offense will need to manufacture a run or two to try to chase Markesan’s starter from the game. Because if the Hornets get a lengthy start on the mound, that spells trouble for the underdog.