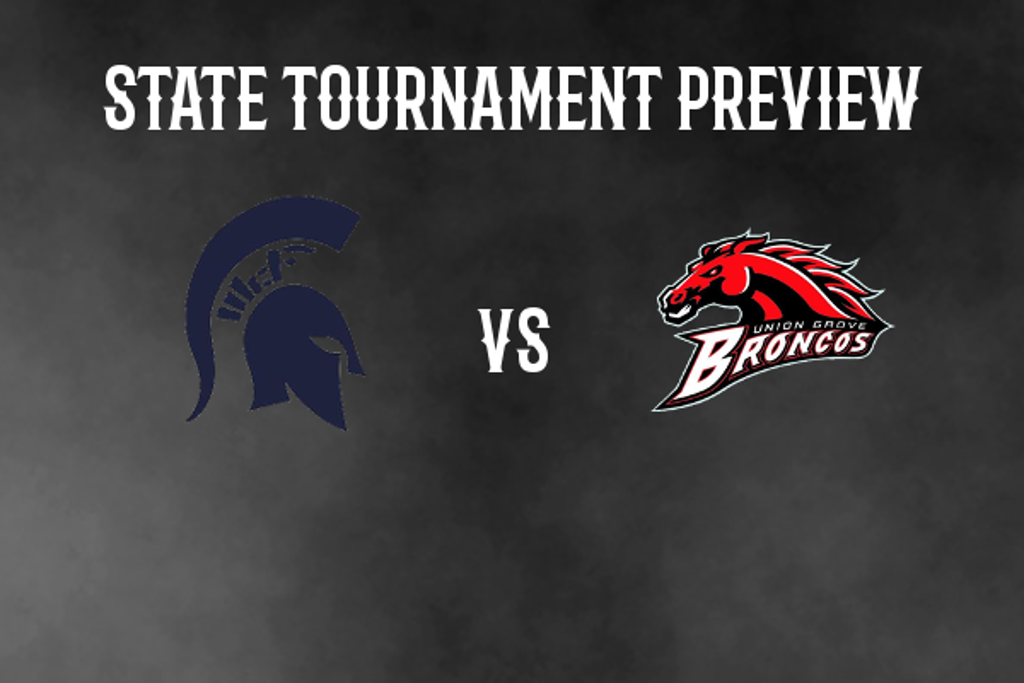 We continue our breakdown of the state tournament matchups with the second Division 2 semifinal. This one pits McFarland against Union Grove.

McFarland has broken through with its first WIAA state tournament appearance in program history. The Spartans took third place in the Rock Valley Conference this year, but are on a 10-game win streak heading into the semifinals. Their record sits at 20-9-1. To punch their first ticket to state, they beat Stoughton, Evansville, Beloit Turner, Elkhorn and Madison Edgewood.

Union Grove is making its first trip to state since 1952. The Broncos are 26-3 and the co-champions of the Southern Lakes Conference along with Burlington. They’re looking to win their first state title. They carry a 15-game win streak into this week, including playoff wins over Watertown Luther Prep, Pewaukee, Greendale and Whitefish Bay.

Note: Stats listed for Union Grove are through the regional finals.

Union Grove has had more consistent success at the plate than McFarland this spring. The Broncos have three starters hitting over .400, and six over .300. Junior infielder TJ Manteufel sets the tone at the dish. He was hitting .398 with eight doubles, three triples and seven homers through the regional finals. His 36 RBIs were a team best. Nick Williams had the best batting average at .409 to go with 18 RBIs, while Luke Hansel was just behind at .408 with 10 doubles and 34 RBIs. Michael Jocius (.407, 14 RBIs) also surpassed the .400 benchmark. Cody Horon (.348, 11 RBIs) and Owen Erickson (.333, 10 extra-base hits, 21 RBIs) also hit over .300.

Reece Samuel and Xavier Schreiber lead McFarland at the plate. They hit .444 and .441, respectively. Both are extra-base machines. Samuel has seven doubles, two triples and three homers, and has driven in 23 runs. Schreiber has hit nine doubles, one triple and two home runs. He’s got 18 RBIs. They aren’t the top run producers for the Spartans though. That title belongs to Austin Miller, who hits .391 and has 27 RBIs. Carson Wienke (.343, 8 RBIs) and Cam Schaaf (.291, 15 RBIs) are a couple of the team’s other top hitters.

The Broncos steal a lot of bases with a high success rate. Through regionals, they had 76 steals in 86 attempts. Erickson was perfect up to that point with 17 swipes in 17 tries. Manteufel added 15, and Williams had 13. Jack Clark and Carter Verway had nine and eight steals, respectively.

Stolen base statistics for McFarland aren’t available, but the Spartans are not as aggressive on the bases as the Broncos.

Union Grove has been one of the best teams in the state – regardless of Division – and are the favorites to advance to the state championship game. They’ll need to get through an upstart McFarland team which has recovered from a 10-9 start to the year to get to state for the first time ever. The Spartans will need to find ways to score against one of the best pitching staffs they’ll see this year – and they’ll need their own pitching to be on point to have a chance at springing the upset.