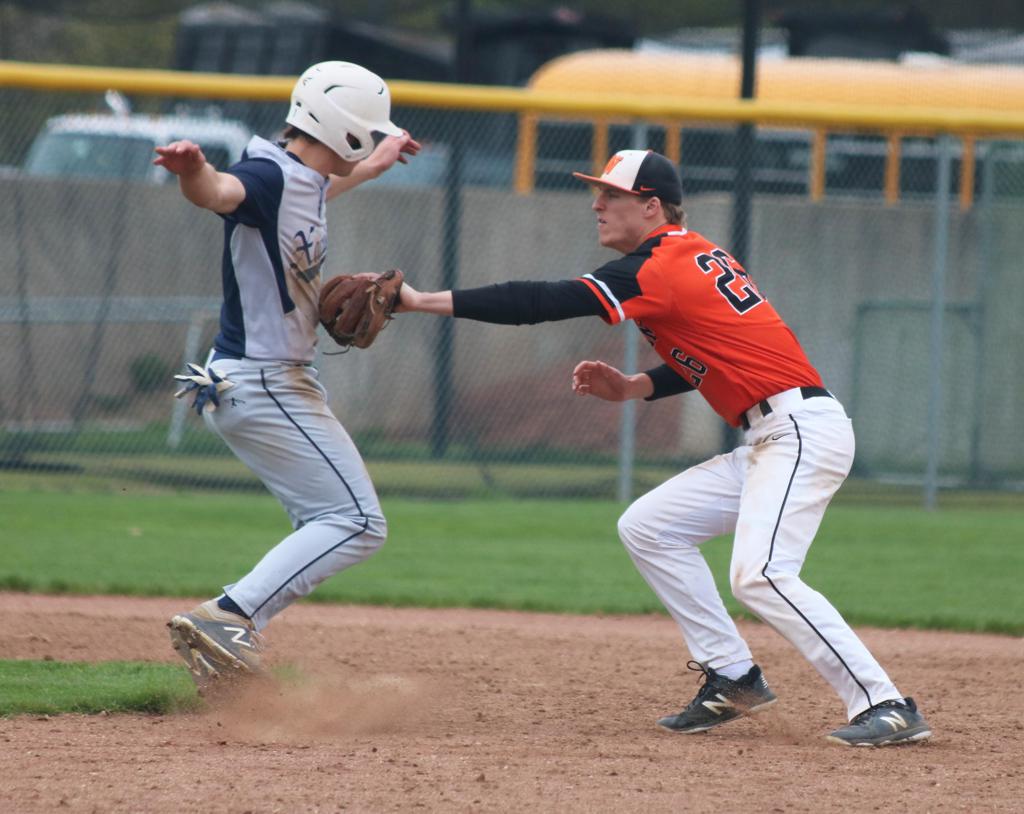 APPLETON — Kaden Kosobucki and Parker Nimmer had four hits apiece as part of a 16-hit barrage from West De Pere as the Phantoms beat Xavier 10-2 on Saturday at Don Hawkins Field.

West De Pere broke things open late in the game, plating four runs in the fifth to turn a 2-1 lead into a 6-1 advantage. They added four more runs in the seventh to pull away further.

Connor Langreder locked things down on the mound for the Phantoms (17-2). He went six innings, allowed two runs on four hits and struck out eight.

Xavier's John Jansen cut the lead in half in the bottom of the fourth, scoring on a first-and-third baserunning play on a throw to second.

But the Phantoms gave themselves a cushion in the fifth, scoring runs on RBI hits by Zach Ziesmer and Cameron Dupont, in addition to a Xavier error.

Nate Clemons hit an RBI double in the bottom of the fifth for the Hawks (6-9), but they couldn't muster any more offense the rest of the day.

Kosobucki, Hunter Towslee and Ethan Habetler all added RBIs for the Phantoms in the seventh.