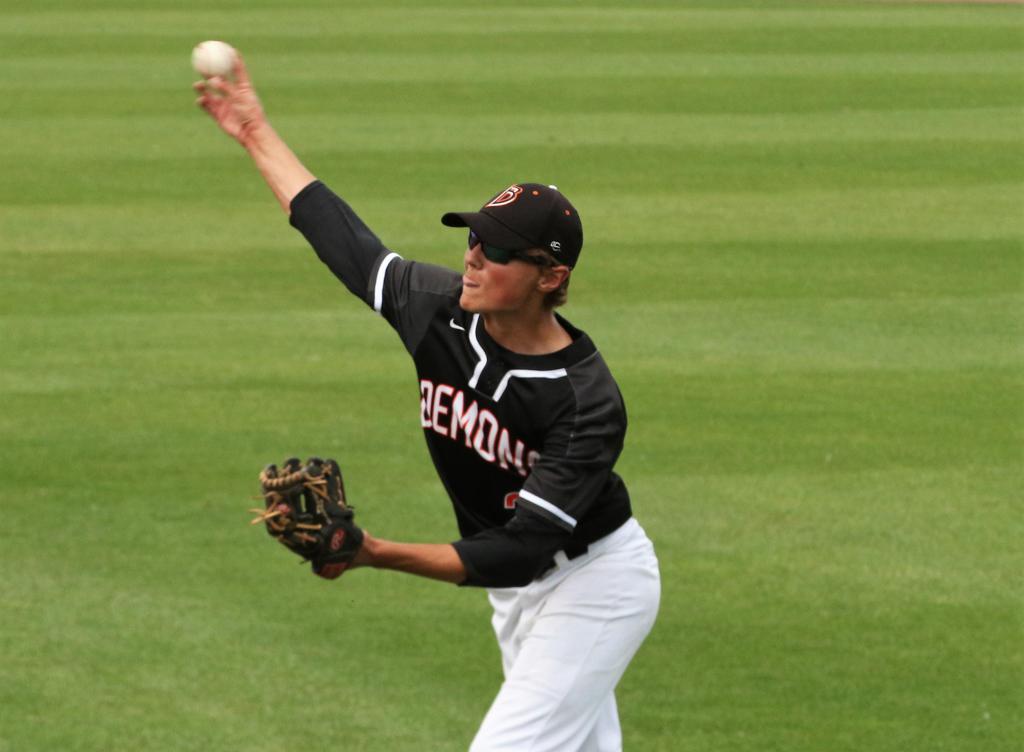 The 2019 WIAA spring baseball season is underway. These are our fifth power rankings of the season. The top 15 is ranked regardless of Division. The top five for each Division can be found at the bottom of the page.

The Blue Dukes have won seven games in a row and enter the top 15 for the first time this season. They won three games last week, beating Nicolet, Milwaukee Reagan and Dominican. They’ve also got a win over Slinger (honorable mention this week) to their credit. They’ve got games against West Bend West, another honorable mention, this week. They also face Cedarburg over the weekend.

The Broncos became just the second team to beat top-ranked Burlington this year when they split a doubleheader last Friday. They are one game behind the Demons in the Southern Lakes Conference standings heading into the final stretch of the regular season. Games against Badger and Racine Park await this week.

The defending Division 3 state champions have been practically unstoppable this season. They’re unbeaten, and nine of their 14 wins have come via the 10-run rule. Their top two pitchers, Jack Washburn and Hunter Rosenbaum – both NCAA Division I recruits – have not allowed an earned run through 50 innings this year. The Tigers have arguably their toughest test of the regular season when they face Heart O’ North Conference-leading Northwestern (8-2) on Monday.

Back on Wisconsin soil after a trip out of state last week, the Red Devils split two games with Franklin. Overall, they’ve lost four of their last five games to slip from the No. 3 spot in the rankings. They will look to rebound with three games against Racine Park (0-14) this week.

The Chargers went 1-1 last week, dropping a game to No. 10 Wauwatosa East before bouncing back with a victory over Brookfield East (honorable mention this week). Hamilton and Tosa East are locked in a tight battle for the Greater Metro Conference title. They play again two weeks from now.

The Red Raiders climb into the top 10 following a win over No. 11 Sussex Hamilton last week. They’re now 10-2 on the season, and have also beaten honorable mention Brookfield East twice this year. Marquette and Wauwatosa West are on their schedule this week.

The Trojans stayed unbeaten by winning both of their games last week. They defeated McFarland and Edgerton. They’ve got another game with McFarland this week, and two against Whitewater. Those two teams are tied for second in the conference behind Turner.

The Hornets got back on track with four wins last week, with all of them being comfortable victories. Max Wagner had an impressive week, driving in seven runs for Preble. They’ll look to stay hot with games against Green Bay Southwest, Bay Port and Seymour (honorable mention) this week.

The Phantoms have been unhittable an awful lot this year: They’ve pitched four no-hitters this season. Division I pitching recruits Ben Hampton and Connor Langreder have two and one no-nos this year, respectively, and Tyler Rukamp has gotten in on the fun too. West De Pere won four games last week, sweeping two from New London and beating Xavier and De Pere (honorable mention this week). They’ll play Fox Valley Lutheran and Green Bay East/West this week, sandwiching two big games with Seymour. The Thunder are an honorable mention, and beat the Phantoms earlier this year.

The Polar Bears dropped a game against Oshkosh West to start the week, but bounced back with wins over Neenah and Fond du Lac. That has set the stage for a pivotal week of the season: Hortonville plays No. 5 Kimberly on Monday in a game with conference title implications, and matchups with Appleton East and Appleton North later in the week won’t be easy either.

The Papermakers played and won three games last week, highlighted by a 9-0 win over Appleton West (honorable mention) to kick things off. They also beat Kaukauna and Oshkosh West in blowout fashion. Their toughest test against state competition comes on Monday when they square off with No. 6 Hortonville for the first time this year. Games against Neenah, Fond du Lac and Appleton East are also scheduled.

The unbeaten Warriors kicked off the week with a no-hitter against Berlin, courtesy of Vaughn Williston. They swept that doubleheader and beat Kettle Moraine Lutheran later in the week to improve to 15-0. All eyes will be on the East Central Conference this week. Waupun and Ripon (14-2, honorable mention this week) will play a two-game series to effectively decide the conference title.

The Warriors went 3-1 last week, splitting two games with Reedsburg (honorable mention) and beating Onalaska and Eau Claire Memorial. Joe Hauser had a six-RBI day against Eau Claire Memorial. Waunakee has two conference games this week against Sauk Prairie in addition to two interesting nonconference bouts. They take on Verona on Monday and No. 2 Janesville Craig on Saturday.

The Cougars took care of business last week, beating Madison East and Verona to improve to 13-1 this spring. They’re the firm favorites to win the Big Eight Conference, but still have two games left against second-place Madison West. This week they take on Middleton in league play, and then face No. 3 Waunakee in nonconference action on Saturday.

The Demons remain the top-ranked team in the state after going 2-1 last week. The big-picture highlight was a two-game split with No. 14 Union Grove, and they also beat Franklin handily on Saturday. Through 14 games, their pitching has allowed more than three runs only three times. That’s a recipe for success come playoff time. Games against Waterford, Waukesha West and Jefferson await this week.