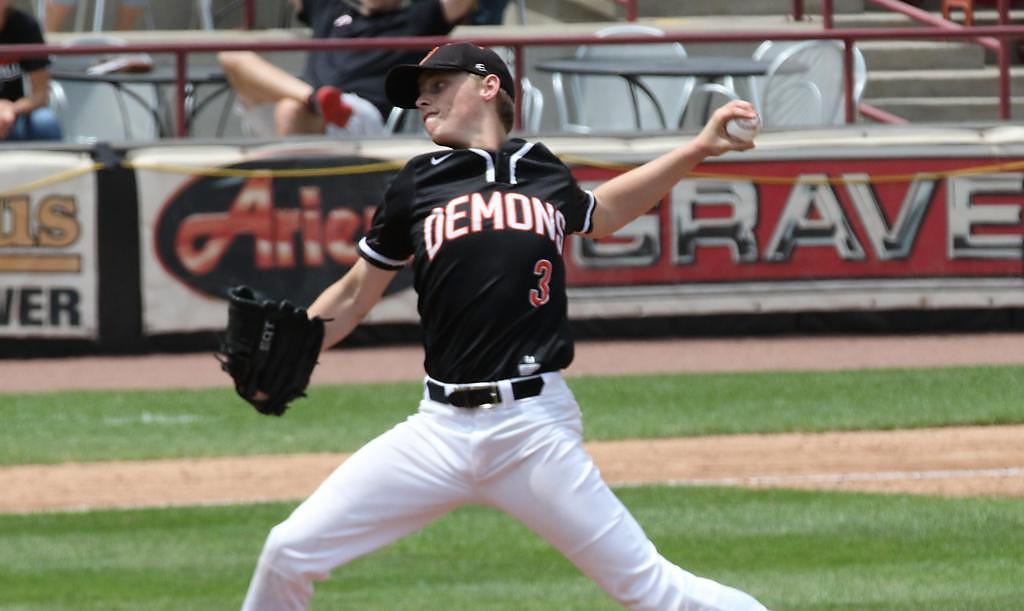 The 2019 WIAA spring baseball season is underway. These are our fourth power rankings of the season. The top 15 is ranked regardless of Division. The top five for each Division can be found at the bottom of the page.

The Cardinals climb into the top 15 with a 10-3 record. They’re tied atop the Big Rivers Conference with River Falls, and all three of their losses this year have been by three runs or fewer. They’ve won nine of their last 10 games, and will look to stay hot against Eau Claire Memorial (honorable mention this week) and Marshfield this week.

The Chargers are unbeaten against teams from Wisconsin this year, and enter the top 15 riding a nine-game win streak. They’ll have their toughest test of the season to date this week with two games against Brookfield East (9-4).

The Terrors have won seven of their last eight games, including a victory over No. 6 Hortonville last week. They’ve got another ranked clash to put them to the test this week: A game with No. 5 Kimberly awaits on Tuesday.

The Suns went 2-1 last week, sweeping Cedarburg before dropping a game against Kewaskum. Michael Seaman pitched a no-hitter in a 6-0 win over Cedarburg. East has a couple of challenging games against Slinger this week, as well as a matchup with Grafton.

The Hornets split two games last week, falling to Ashwaubenon but rebounding with a nice win over De Pere (honorable mention this week). They haven’t won back-to-back games since mid-April, and they’ll look to do so when they take on Pulaski, Manitowoc Lincoln, Sheboygan South and Brookfield Central this week.

The Phantoms won two of their three games last week, sweeping Menasha before falling to Kaukauna in nonconference play. They have four games ahead this week, highlighted by a crosstown matchup with De Pere (honorable mention this week).

The Hawks went 1-1 last week, beating Badger but falling to Wilmot. With the season at the halfway mark, Indian Trail has one of its toughest weeks ahead. They’ve got three games against Oak Creek (honorable mention this week), as well as one against defending summer champion Muskego.

The Polar Bears became the first team to beat defending Division 1 state champion Waunakee last week. Grant Mullins drove in three runs in that 9-3 win. They get back on the diamond with games against Appleton North, Oshkosh West and Neenah.

The Papermakers went 1-1 last week, beating Oshkosh North but falling to Appleton East. They’ve got a busy week ahead, highlighted by a matchup with No. 13 Appleton West. Games against Oshkosh West, Fond du Lac and Kaukauna are also scheduled.

Last year’s Division 2 state champions are one of only a handful of remaining undefeated teams in the state. They swept Campbellsport last week and also picked up a win over Division 1 Watertown. The Warriors will look to stay hot with games against Berlin and Kettle Moraine Lutheran this week.

The Cougars won both of their games last week, sweeping Madison La Follette to improve to 11-1. The lone blemish on their resume is a loss to top-ranked Burlington. The Big Eight Conference frontrunners will look to take games from Mukwonago, Madison East and Verona this week.

The Warriors dropped their first game of the season when they lost to Hortonville last week. The defending state champion’s record sits at 10-1, and they’ll have a chance to get back on track against Reedsburg and Onalaska this week.

The Demons took care of business last week, winning all three of their games to climb into the top spot in the rankings for the first time this year. They’ve won 10 games in a row, with the highlight being a victory over No. 3 Janesville Craig a couple of weeks ago. A week full of difficult matchups awaits: They face Union Grove and Franklin (honorable mentions this week).